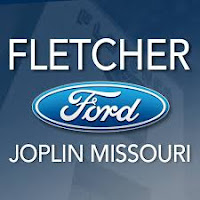 Lawyers for Frank Fletcher Ford and Frank Fletcher Auto Group claim a former employee signed a contract that requires her to submit to binding arbitration before pursuing her lawsuit.

In a motion filed today in U. S. District Court for the Western District of Missouri, the lawyers asked the judge to put the lawsuit on hold and order Erin Rooney, 35, to take her claims to arbitration.

Rooney, a former saleswoman, alleges she was partnered with a salesman who said she should be able to sell cars because "of the size of her breasts," and that the men on the sales force frequently made remarks about which of their female customer would be available for sex.


Rooney also claims the men at Frank Fletcher Ford watched "inappropriate YouTube videos" during work hours.
The alleged sexual harassment against Rooney, who worked for Frank Fletcher Ford for approximately seven weeks in September and October 2017, was described in the petition. Details can be found at this link.
Posted by Randy at 8:49 PM

I can see why they might want to find some ways to try to shut that whole thing down.

It's so sad that they couldn't have just said away the time it happened, "We're sorry," and then gotten rid of the nasty salesmen.