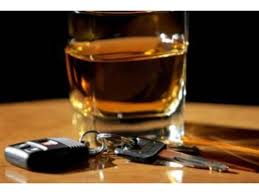 A Webb City man was sentenced to four years in prison January 28 after pleading guilty to his sixth DWI.

When Michael Robinette, 56, drove while under the influence August 31 at Madison and 16th in Webb City, he was already awaiting trial on the fifth DWI. Judge Dean Dankelson sentenced him to four years on that case, as well, during the January 28 hearing.

As part of a plea agreement, the Jasper County Prosecuting Attorney's office dismissed charges of driving while revoked, felony resisting arrest, leaving the scene of an accident and first degree property damage.

The probable cause statement for Robinette's sixth DWI says Robinette ran from the police after being stopped, failed to stop at a stop sign and struck a vehicle at Fountain and Lakeview, then continued to Fountain and Main where he struck another car that was stopped in traffic.

The arresting officer found that Robinette had "a strong odor of intoxicants," as well as three open vodka bottles.

Wow, arrested in August and wonder how many more times he drove "influenced" between then and now? Seems the 4 years might make him look at his past, but why did it take this long to put him where he needed to be or not have a machine puton his vehicles to prevent him from driving after the first or second time?

This happens way more than the public realizes. It took 10 DWIs for one Joplin man to finally get jail time, he got his last three within two weeks! And I firmly believe the only reason he finally got that was because MADD got involved. The guy that was up before him only got 10 days in jail and he had 3 DWIs within two weeks as well. It is ridiculous what people get away with around here.