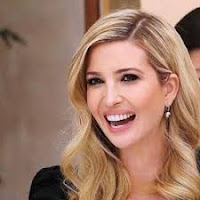 After attending a series of meetings at the White House on Monday, Missouri Governor Mike Parson issued the following statement commending Ivanka Trump, Advisor to the President, for her leadership on key initiatives, like workforce development:

“Ivanka’s leadership for our country is a key pillar to continuing President Trump’s booming economy and delivering real results for Americans. If we expect to grow jobs, increase individual’s ability to earn a higher wage, and compete on a global scale, we must take serious the need to address workforce development.”

“As Missouri moves forward, we will continue working alongside the President and Ivanka’s focus on workforce development and ensure our priorities are aligned. We’re proud of our nation’s and Missouri’s historical low unemployment rate, and we are proud to support workforce development initiatives that focus on the real issues and help give working families the ability to reskill and retrain to meet the workforce demands - not more government handouts.”

In an interview with Fox News, Ivanka Trump, Advisor to the President, was asked about the debate over free market capitalism versus the socialist guaranteed job alternative. Ivanka responded and challenged Congresswoman Alexandria Ocasio-Cortez’s “Green New Deal” saying she believes “…people want to work for what they get.” Congresswoman Ocasio-Cortez responded in series of tweets criticizing Ivanka’s comments. Governor Parson responded Wednesday by saying:

“It’s shocking that elected officials, like Congresswoman Alexandria Ocasio-Cortez (NY), would wrongfully smear the efforts of Ivanka’s leadership on workforce development initiatives to ensure that all Americans have the opportunity to benefit from this booming economy.”

“While Ivanka and the President’s Administration are working hard on workforce development issues that put Americans back to work, the “Green New Deal” would lead to trillions of dollars in new spending and eliminate millions of jobs.”

“There is no dignity in making someone completely dependent on government. There is nothing in Congresswoman Ocasio-Cortez’s $93 trillion socialist plan that would completely subsidize individual housing, food, and work that I agree with - it only creates a culture of dependency that Americans cannot afford.”
Posted by Randy at 6:52 PM

AOC.. the face and brain of the new Democrat party. The woman is clearly one the most intelligent people in U.S. politics.