Tiffany Alaniz, Mark Rohr and all those other people I am supposed to have a grudge against, plus this week's top posts 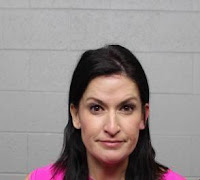 I do not have anything against former Joplin City Manager Mark Rohr.

I am not obsessed with him, nor am I obsessed with former Joplin R-8 Assistant Superintendent Angie Besendorfer or the other guy, the one with the four-letter name.

When they do something that is newsworthy, I write about them.

I realize some of you do not care what happens with these people once they are no longer in proximity. My readership stats indicate that more of you agree with me.


As for this obsession nonsense, every time I write anything about Mark Rohr, I receive a few comments from people who want me to leave the poor man alone.

Silly me. I did not realize writing that he had landed a job as a city manager in at Texas town was bothering him.

Nor was i under the impression that writing about Besendorfer when she served on a panel that met with Gov. Mike Parson about workplace training was some form of harassment.

I am surprised no one jumps all over me for providing updates on Janet Kavandi when the Carthage High School/Missouri Southern State University graduate/astronaut receives a promotion or an honor.

But then again, sometimes someone who is prominent in this area does get involved in something that is not on the positive side of the register.

That happened with Rohr when he was fired from his city manager position in League City, Texas, and sued the city.

This week, it happened with former KODE and KSNF news anchor Tiffany Alaniz when she was arrested in Tulsa for driving under the influence.


I never had a second thought about running the story and running it prominently. Tiffany Alaniz was a fixture in Joplin area homes for more than 15 years, first at KSN, then at KODE. At times, she was the face of those stations.

When major news happens to someone who was and is so well known in this area, I write about it.

A couple of commenters noted that I only wrote about her because of who she was.

They are absolutely right.

If it was someone not as well known who once lived in Joplin or Neosho or some other town in this area, I would not have written about it unless there was something that made it even more newsworthy, such as someone getting killed.

Signed copies of my new book, Lost Angels: The Murders of Rowan Ford and Doug Ringler, is available locally at Changing Hands Book Shoppe and Always Buying Books in Joplin, Pat's Books in Carthage and Granby Auto Supply and Hardware in Granby.

The book is also available at Amazon in paperback and e-book formats at the links below.

The first signing is scheduled for 1 to 3 p.m. Saturday, April 6, at Always Buying Books and I will be talking about the book, as well a signing copies, at the annual Authors Symposium Saturday, April 27, at Crowder College in Neosho. I will have more information about those events over the next couple of weeks.

Spread the word about the Turner Report/Inside Joplin

If you take a look at this week's top 10 Turner Report posts, you will notice that this blog is the only local news source that provided information on most of these stories and was first to post some others.

Thanks for continuing to spread the word about the Turner Report/Inside Joplin blogs.And thanks for continuing to support this news operation through shares, comments, news tips and financially. If you have not contributed recently, please consider joining the few who have helped keep this venture afloat with a subscription or a contribution of any amount, large or small, at the PayPal buttons below or by sending your contribution to Randy Turner, 2306 E. 8th, Apt. A, Joplin, MO 64801.

Your support is much appreciated.

3. Briarbrook restaurant/bar closed after arrest of co-owner for failure to register as a sex offender

4. Co-owner/chef of Briarbrook restaurant free on bond after felony failure to register as a sex offender

1. Have you seen Jasper County's most wanted?