Another board comes out against Whitmore-Smith 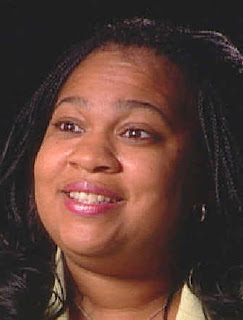 Add the Bunceton School Board to the ever-growing list of those which are opposed to Governor Matt Blunt's appointment of voucher proponent Donayle Whitmore-Smith to the State Board of Education.
According to an article in the Boonville Daily News:

In 2005 Whitmore-Smith reported to School Reform News, a pro-voucher publication, that she had attended private schools until high school and her experience at a public school was "hell." She continued to say, "Academically, it just couldn't match what I had been getting (in private school.)"
"She (Whitmore-Smith) shows a clear animosity against public schools. She has the right to feel the way she does and believe how she does, but she should not be able to make important decisions on the State Board of Education," said Battles.
Whitmore-Smith was a leading proponent of an unsuccessful pro-voucher legislation that was considered this year in the General Assembly.
In 2001, Whitmore-Smith opened a private charter school program known as Ptah Academy of Arts and Science. The school's curriculum drew on ancient spiritualism. The name Ptah refers to an Egyptian god. During school, the students meditated under ribbons of incense, ate organic meals and practiced yoga. The charter school experiment failed and was closed last year.
After some discussion, the school board unanimously signed a resolution opposing the appointment of Donayle Whitmore-Smith to the State Board of Education and asking the members of the Senate to oppose the Whitmore-Smith's appointment.

Ms. Whitmore-Smith is just one of three voucher and tuition tax credit supporters appointed by Blunt to the state board. The most recent is Rev. Stan Archie of Kansas City. The first, which was completely overlooked by the media and the blogosphere was the governor's appointment of Debi Demien of Wentzville. More information about Mrs. Demien can be found in the Dec. 17 Turner Report.
Posted by Randy at 10:28 PM

I think St. Louis also said that she did "poorly" in the public school system. Whether you attribute her doing "poorly" to possible anger about her parent's divorce and apparent economic step-down or whether you credit it to her private education as being less than adequate, it indicates, to me at least, that she is not the right person for this position.

The school that she started and ran briefly should raise the hackles of Blunt's christian base. And the fact remains that short-term ownership and responsibility for a school that served no more than 40 students is not the type or quality of educational experience that we have every right to expect from the state government.

But she is a black woman and Blunt think that looks good for him.

Blunt:
Don't expect a lot of votes from blacks, whites or purple people we have all already seen who and what you are and you are not capable. Get off your daddy's coat tail and get a real job. One that you can actually be good at.