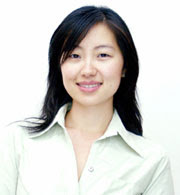 It would not be surprising if National Public Radio reporter Doualy Xaykaothao received an inaccurate picture of southwest Missouri during the time she spent here investigating Rev. Raymond Lambert, Rev. George Otis Johnston and the alleged religious sex cults in McDonald and Newton counties.
About all Ms. Xaykaothao was exposed to during her stay here were the most horrifying aspects of rural life, and rare occurrences at that.
Her thoughts on her coverage are offered on a reporter's notebook on the NPR website:

What struck me was how some of the accusers said they still loved their pastors, despite what the accused are alleged to have done. Pastor Raymond Lambert also says he loves everyone in his congregation, despite the fact that many of his family members have left the community and made accusations against him.

Randy, I am amazed at your analysis of Doualy's visit to southwest Missouri. I don't know how much time you spent with her and how you know what she did and where she went. If you think all she saw was "the most horribying aspects of rural life," I think you need to revisit your sources.

The time I spent with her and her producer were great fun and they told me over and over had glad they were to be here and how refreshing to be out of Washington. We had a wonderful time and a lot of good laughs. They enjoyed the scenery and felt everyone was warm and friendly to them.

I remember the night we had a late supper together in a restaurant. We had all been out looking for the spook light. They had a wonderful time and out there on Spooklight Road they called a friend in Washington who is doing a book on the subject. They were so thrilled to be there and the lady they called was so excited to get the call from the spot.

Both Doualy and Art told me they couldn't wait to come back and visit again. I have kept in pretty close contact with them since they were here.

I know you are the "local authority" on the media and I'm sure you know more than I do about what they did here, but I can assure you they saw more than those "horrific aspects" you talked about. They visited many communities in the area and spent some time on the Missouri State University campus in Springfield.

I can assure you, they had some really neat experiences and they had a wonderful time.

I was simply going by the tone of the reporter's notebook and some of the comments I have seen on other blogs about how this kind of thing goes on all the time in the Ozarks. It was really more of a comment about the leaders of that group than about the reporter.

both of you are deluded. She received an accurate impression. SW Missouri is really that bad. Stop kidding yourselves about any refinement you try to find in the seams.

The truth is that this area is nothing more than a bunch of morons drinking beer in anticipation of the next NASCAR race.

2 people from the compound taught (or at least did teach) for Neosho School! A art teacher and a history teacher (both middle school, I think). I wonder if there was any impact there?!

Randy wrote: I was simply going by the tone of the reporter's notebook and some of the comments I have seen on other blogs about how this kind of thing goes on all the time in the Ozarks. It was really more of a comment about the leaders of that group than about the reporter.

So, you were going off "tone" of notebook, blogs, which obviously are held to no standards, and then backtracking. Good God man, that is pathetic.

Who were the teachers from Neosho Middle school that were from that compound. You said it now we need to know. No we are not going to stone them.....we just need to know.