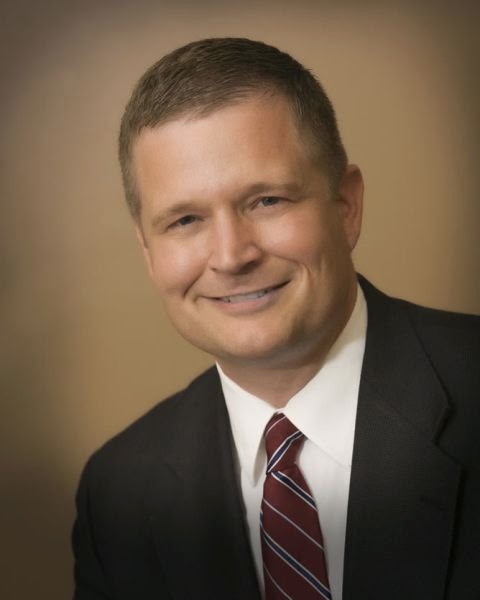 While he acknowledged that bullying does take place in the Joplin R-8 School District as it does in every school district, Superintendent C. J. Huff told KZRG that the district has a method for fighting it.

"We're arming our students with strategies on how to deal with bullies," Huff told KZRG during an interview Wednesday.

While not being specific on what those strategies were, Huff did say that the social media aspect of bullying is a a new thing that is difficult for schools. One problem, he said, is parents who do not know how to behave.

"Adults are setting a terrible example on social media with bullying."

Also in the interview, Huff:

-Said he thought the panel to review Common Core State Standards in Missouri was a good idea since it will give "conservative" Missourians an opportunity to look the standards over. Huff, who was one of the first in Missouri to support Common Core, said he does not expect many changes to be made.

-Offered an update on construction of Joplin High School

-About the state audit said, "I'll be shocked if they are only here six months."

-Did not have to answer any questions about the district going into long-term debt because of "might-as-well" spending. None were asked.

Irony: The ringleader of the bullies talking about how he handles bullies. It appears that he hires them to work in Central Office.

I think we'll all be surprised if the auditors are only here for six months considering the size of the job they have to do. More like two years.

Forget social media, C.J. puts it out there for the world to see and apparently thinks he is setting a good example "for the kids."

* Bullying and lying about people (employees and potential Board members in C.J.'s case) who disagree with you

* Acting like a child in a televised Board of Education meeting by texting and giggling with a Board Member while another Board Member, whom he doesn't like, is speaking

Excellent points. I, too, am dismayed by my superintendent's unprofessional behavior during that meeting. I'd like to say I am shocked about Mr. Landis' behavior, but he's rather famous, or infamous, for his unprofessional demeanor. After all, he's made a mint in the landscaping business from the new schools. Legality and ethics mean little to him. What is appalling is that there are not four ethical people serving on that board, including the president, to put a stop to it once and for all. CJ should have been fired long ago, and after that display, should have been fired immediately afterward in closed session.

I am dreading another miserable year working for these people. There are no standards here. I just wonder what he has on the board that they contend with the absolutely worst superintendent in Joplin history. It is absolutely appalling. I do not want to see him speak, or for that matter, Ms. Sharp, who allowed that behavior to go unchecked. What can she possibly say to us? She has lost all credibility for that meeting and for her CJ-speak in the Stiles interview. Perhaps Mr. Turner can capture that moment of atrocious behavior and post it here for all to see.

Dr. Fort has my respect. Mr. Kimbrough would if he would take his opinions to the public and fight in the open meetings. Dawn Sticklen should be recalled after moving her daughter to another school while maintaining residency here--will she simply rent out her WC property? Once again, no ethics. Ms. Banwart didn't even bother to show, and Steele? He's supposed to be a moral man, a man of God. Did he not find that absolutely unacceptable? But yet, amongst them, they can't find four votes to end this horrendous situation.

They truly act like the little thugs that they refuse to allow to be disciplined in their schools.

CJ Huff is a joke, and the only support he has is coming from equally corrupt people who are making money off his dealings.

It's just impossible to believe our children's education is dependent on these spineless, crooked jerks. Good God. I want my child out of R8. There isn't a new building in the world worth exposing my children to these scumbags.

Jesus, enough with Debbie Fort. She was and awful administrator. She was ridiculed on here for following along with the board when elected. Now all of the sudden she is great since she showed her first bit of dissent? Really? So people are great when they think or act as we do, or the next second they are awful when they don't? You can't have it both eats. Stand for something. Keep a close eye and reserve judgement until she actually does something that deserves accolades.

Well of course he has a plan for bullyin.. His people tht work in administration are the biggest bullys u will ever meet!!! They dont do anything about bullying... The number one bully in an administration is Mark barlus... They all know everything and it amazes me how the teacher kiss there butts and wont stand up for the kids.. I have had first hand being bullied by the administration office.. joplin school is the worst school to send your children too.

CJs wife is one of the biggest bullies you will EVER meet.