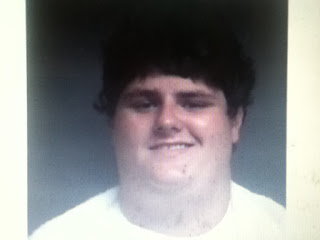 A hearing for a Joplin man charged with felony assault on a law enforcement officer is scheduled for 9 a.m. Tuesday in Jasper County Circuit Court.

The crime was described in a JPD news release.

The motorcycles were going one-hundred and twenty-four miles per hour. (124 mph.) The two motorcyclists were recognized as subjects that officers had multiple interactions with, wherein they taunt the police in order to attempt to prompt a pursuit.


Sgt. Rives waited on foot at 15th and Main St. Upon their return they were stopped at the light and Sgt. Rives, on foot, approached Haney.

Sgt. Rives attempted to take Haney into custody. Once Rives grabbed Haney’s hoody. He became entangled in it as Haney took off at a high rate of speed. Haney dragged Sgt. Rives several feet. As a result, Sgt. Rives’ shoulder was dislocated.

Sgt. Rives transported himself to the hospital where he was treated and released.

The Jasper County Prosecutor’s Office filed charges against Haney for Felony Assault on Law Enforcement and a warrant was issued with a $5,000 bond.

On Sunday, August 28, 2016, Haney was arrested by the Newton County Sheriff’s Office.

At the time Haney was arrested, he was facing felony drug charges in Jasper County Circuit Court. Those charges were apparently dropped.
Posted by Randy at 4:33 PM

Yep so does the suspect