Jason Smith: I applaud Trump for appointing fierce defenders of the Constitution to the Supreme Court 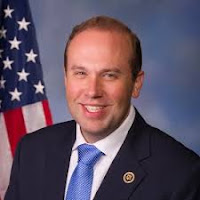 On September 17th, 1787, the delegates to the Constitutional Convention finished months of tense deliberations and compromises.

Standing in Independence Hall in Philadelphia where 11 years earlier America declared her independence, 39 delegates signed their names on parchment paper boldly proclaiming, “We the People of the United States…establish this Constitution for the United States of America.”

This week on National Constitution Day we celebrate the greatest legal document ever written and the bedrock for American government, the U.S. Constitution.

The framers of the Constitution didn’t agree on everything, in fact they disagreed constantly. Our founding fathers and the states they represented had greatly differing opinions on the structure of government and how much power to give elected officials.

Until they reached the “Great Compromise” calling for proportional representation in the House and equal representation of states in the Senate, there were doubts if they would ever reach an agreement the entire Union could get behind. Ultimately, they established a government with checks and balances, carefully designed to protect states’ rights while dividing power between three equal branches of government and guaranteeing the government does not infringe on individual liberties.

Perhaps the most important branch of government for maintaining the Constitution is the judicial branch. We trust justices on the Supreme Court with the incredible responsibility of interpreting laws and telling the government when it oversteps its Constitutional authority. It is vital to have Supreme Court justices who respect the Constitution and the proper role of the judiciary above all else, and I applaud President Trump for nominating fierce defenders of the Constitution like Justice Gorsuch and Judge Kavanaugh to the Supreme Court. One of the most revealing parts of Judge Kavanaugh’s confirmation hearings last week was how often he referred to his pocket Constitution, which he’s carried with him for 25 years. During questioning he pulled out his copy more than 300 times, showing the nation that above all else, his loyalty is to our nation’s founding document.

We are blessed to live in a country where our founding fathers crafted a masterpiece of a Constitution to balance our rights and the need for a government with restrained power. I firmly believe every American should study the Constitution because Constitutional issues confront the nation daily, and it’s important for the public to understand the basis on which all American laws are formed. If you would like a copy of the Constitution, my office can help direct you to the most affordable options. Studying our country’s founding document is the surest way to ensure your liberties, granted only by our Creator, will be guaranteed in the United States of America.
Posted by Randy at 6:03 PM