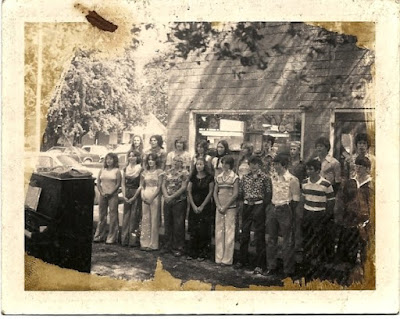 This is the 43rd annual festival. I was not at the first one in 1976, but I served as master of ceremonies for the second and third festivals the following two years.

In 1977, in addition to announcing winners and upcoming events, I took photos for the Newton County News.

The following year I was no longer at that newspaper, but got the day off from the Lamar Democrat, where I had been hired as sports editor to repeat my emcee duties.


For several years in the early 2000s, our band Natural Disaster entertained the audiences, often serving as the closing act. The only time I ever sold books at the event was in 2006 with my novel Small Town News.

So it will be great to be back at the festival with Newton County Memories, which includes many memories of growing up in Newtonia, attending East Newton Schools, spending much time in Granby and Neosho and meeting many wonderful and fascinating people in the process.

(Photos- Top photo- The East Newton High School Choir performs beside Gum's Store in September 1977. The festival was held around the store until the community building was finished. Bottom photo, I announce Mag Landreth as the queen of the Fall Festival in 1978. The octogenarian was the last person to live in the house I grew up in before my parents bought it in 1952.. Doris Yost was crowned Miss Newtonia.) 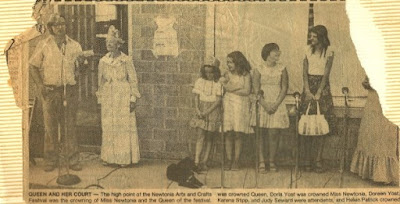