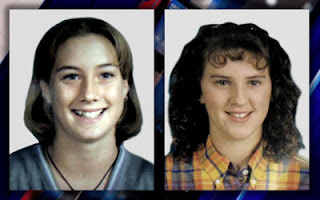 The search for the remains of Oklahoma teenagers Ashley Freeman and Lauria Bible, who were murdered in 1999, resumed Wednesday, but thus far have been unsuccessful.

This week's searches took place in two undisclosed locations in northern Ottawa County, according to a KSN report.

The searches were the first since December due to weather issues in the areas where investigators had received the tips the bodies might be located.

Oklahoma law enforcement authorities confirmed in April that the girls, who had been missing since 1999, were murdered years ago, a few days after the murder of Freeman's parents, Danny and Kathy Freeman.

Two of the three men who allegedly committed the murder, Phillip (Phil) Welch II and David A. Pennington, died years ago and will never be tried for the crimes.

The press conference and the probable cause statement outlined a horror story in which the Freemans were murdered and their house burned to the ground as Welch and Pennington were allegedly attempting to collect on a drug debt.

Ashley Freeman and Lauria Bible were kidnapped, kept alive for an unspecified number of days and sexually assaulted, according to the probable cause statement.

Witnesses with knowledge of the murders have been available all along, but lived in fear of Welch's threats to kill them and put them in the pits at Picher just as he had done with the two teens, the probable cause statement indicated.

Numerous people had seen photographs of the two girls bound and on a quilt that was identified as belonging to Welch.

"All three made multiple statements to people about their crimes," Ballard said.

A witness referred to as WH in the probable cause statement said he believed the three men were involved in the murder and that Welch and Pennington had referred to the missing girls as "them two little bitches" and said if "they wouldn't have taken off running from one of their vehicles they would still be alive.

Another witness, AS, reported overhearing the three man talking about the murders when they were intoxicated and did not know she was listening. She said that Welch was the triggerman and the other two were accomplices. When the girls came out of the room unexpectedly, the three men did not know what to do with them and took them with them, she said.