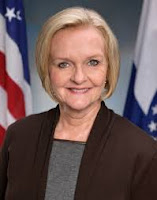 One thing is clear: the opioid epidemic has devastated too many Missouri families. But I'm not without hope.


I've seen firsthand how one addiction program changed lives and was successful in getting people the help they needed: when I was the Jackson County prosecutor in the 1990's, we implemented one of the country's very first drug courts, to redirect first-time non-violent drug offenders into supervised treatment programs -- because I know just how important it is to provide critical support like this to folks dealing with addiction.

Twenty five years later, I'm so excited that a new plan to expand access to drug courts throughout Missouri is finding champions across the political spectrum.

Drug courts focus on helping those who struggle with addiction get back on their feet -- offering Missourians who put in the effort a second chance.

From my days as Jackson County Prosecutor until now, we've seen the successes rehabilitation programs like this can bring to Missourian's lives and their communities.

And this isn't the only good news -- in 2012, we successfully launched a drug court for veterans in Jackson County, and just last month more than $1 million in new funding headed to drug courts across in Missouri.

I'm glad that these reforms have bipartisan support -- because that could mean access to drug courts for many more people across our state. And that's a huge win for Missouri.

I applaud the Governor and all those in the state legislature pushing to get this effort across the finish line to make drug courts more accessible to those who need them most.

We lose too many moms, brothers, kids, uncles and loved ones to addiction every year -- but I'm hopeful about the future because we're taking real steps to change that. But until that day comes, I promise to keep working hard to ensure Missourians across our state have access to the resources they need to fight this epidemic.
Posted by Randy at 6:26 AM

Must be election time for Claire's passing out compliments

10:07
That’s all you got? Just a snide comment? Here we have an article from a politician that’s not tooting their own horn, giving credi where it’s due, and you just gotta slam it?? Idiot.

1237 such vitriol...another emotional response from a parasitic progressive

Parasitic Progressive? Wasn't progress the reason you all gave when you tried to steal other people's property under the guise of "blighted property" when you thought you could make a buck out of it?

This woman needs to go. McCaskill has decided that Judge Kavanaugh is guilty of raping the looney liberal from CA. The woman doesn't even want to come forward. Can't remember what party. Never mentioned it. But don't worry, she is cleaning up on GoFundMe. #VoteRed #ConfirmJudgeKavanaughNow

How did McCaskill accumulate $30 million as a govt employee? People wake up! These elitest go to DC to self enrich. Thats it. All are guilty. Time to vote them all out. Change laws to prevent the next generation of Thieves from taking us for a ride.