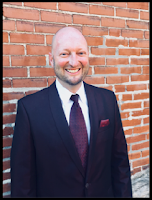 I have been doing this long enough (41 years and counting) that I am fully aware when I have written something that is going to bring considerable negative feedback.

I am about to do it again.

I normally do these explanatory posts on Saturday evenings when I print the top Turner Report and Inside Joplin posts for the previous week, but considering the overwhelmingly negative response to the post, I have moved the timetable up a couple of days.

My report on the speeding tickets and traffic violations of Joplin High School Principal Shane Hopper was immediately greeted with criticism.


Many of those who commented, both on Facebook and on this blog, have commented something in the line of "this is not news," "whose business is it," "so he has some traffic tickets,"  or "it must be a slow news day."

At least one commented that he bet that my past wasn't perfect either.

In 1974, while campaigning for Newton County Eastern District judge candidate Wayne Johnson in Stella, the city police officer stopped me for speeding.

Seventeen years later, while heading to a volleyball tournament in Stockton, a Greenfield city officer stopped me as I was passing through that community and I was ticketed for speeding.

So I do have a record.

And I can't say that I totally learned my lesson. It was May 1998, if memory serves me correctly, that I took photos at the Carthage High School Project Graduation at Missouri Southern State University and as I was headed home, I was pulled over in Duenweg.

I did not think I was speeding, but the officer corrected my impression.

I told him I did not realize I had been going that fast and he let me off with a warning.

Sadly, I did not learn my lesson. A few minutes later, as I was driving into Carthage, I saw a police car coming up behind me, lights flashing. A quick glance told me I was going 10 miles per hour over the speed limit. I pulled over and the police officer zipped past me heading to another location.

I breathed a sigh of relief and it dawned on me that it is better (and safer) to be late.

I am sure there have been some occasions during the past 20 years that I have exceeded the speed limit, probably without realizing it. Nobody's perfect and I come nowhere close.

One reader wanted to know if I was going to write about her next since she, too, had a couple of speeding tickets.

It would not even occur to me to write about this woman's speeding tickets, nor would I consider writing complete posts on the speeding tickets of any of the others who wrote of their displeasure with my decision to single out the Joplin High School principal.

So that brings up the other thought that occurred to some readers.

Obviously, they noted, the only reason I wrote about Shane Hopper is because I have a vendetta against the Joplin R-8 School District. It is back to the old days when I received numerous comments about how bitter I am because of the way my time with the district ended.

Some of you are fully aware that I have had opportunities to write posts that would be negative about the district and have not done so, sometimes because I was unable to confirm what I had been told and other times because of an editorial decision. I had every legal right to write the posts, undoubtedly they would have drawn considerable traffic to the Turner Report, but they did not fit my definition of news.

At the same time, I have had posts about other area school districts, including Neosho and Jasper, and I certainly have no vendetta against those schools.

So why write about Shane Hopper's tickets for speeding and other traffic violations?

There is not the slightest hint of any of them having anything to do with alcohol or any other drugs, so what made me write about them?

It has been my habit for a long time to do a basic check of online state and federal court records when someone is hired for a leadership position in an area city or school district. When Shane Hopper was hired as Joplin High School principal, I conducted that basic check and did not find anything that I considered to be a concern, though I did make note of his earlier violations.

About two months later, I received a tip that I should look at Hopper's case.net listings again. I saw that some traffic violations had been added. I made a note to check back from time to time, but I felt no compelling need to write about it.

Then there was an October 2 stop for a traffic violation. At that point, I determined that I would write about Hopper if he received another speeding ticket. When I did my check of online court records Wednesday, I came across Hopper's most recent speeding ticket, an October 28 stop in Pulaski County for going 10-15 miles above the speed limit.

When your job is to enforce the rules, you are expected to set the example.

A few readers agreed, but they appeared to be in the minority.

The post was not a reflection on the job Hopper is doing or the positive relationships that some of you indicated he has made in his dealings with the public.

Whether you consider it to be fair or unfair, a high school principal is a role model for the young people under his guidance.

Hopefully, the October 28 ticket will be the last time Hopper is charged with violating traffic laws. If not, though I am sure I will be roundly criticized for it, I will write about the next one, too.
Posted by Randy at 5:54 AM

It's not like any young high school students are ever injured or killed in traffic accidents. :-(

A person either attempts to follow all traffic laws at all times, or they don't.

Young adults are impressionable, that's one reason why laws matter.

The final 7 paragraphs seem contradictory. His "job" and duties are identified in relation to his role model position; however, the statement "The post was not a reflection on the job Hopper is doing or the positive relationships that some of you indicated he has made in his dealings with the public." appears to negate the entire point and tone of the post.

Not at all, I gave him his due, but someone who is in that role model position is supposed to be a role model all of the time and not just when he is on duty.

As a High school principal, he should set the bar of example very high!! By not observing the traffic laws, what does this impression leave on the High School students?? That you make up your own rules and no regard to authority?? Slow down, obey the law, save lives and be a positive role model.

Randy, after reading this smear on Dr. Hopper, I am extremely dismayed. I have known you half of my life, and always considered you a serious, ethical journalist. This 'report' is yellow journalism, pure and simple. I am ashamed that you have written it.
Dr. Hopper knocks himself out to be a good principal. He attends all ball games, and all functions to support his kids. He spent the beginning month of his administration doing home meetings with parents.
He loves his students, and he is loyal to his school, and his city.
You have shamed your profession.

Lol..exactly. But you see, you attempted to use logic when critiquing the lack of thought put into this post.

I too have known Randy since he was bagging groceries back in Lamar. I am at loss that he would stop this low.

10:33 is right. I've many times today considered unflollowing this blog. It's one thing to put up with your liberal slants and painfully obvious butt-hurt with JHS, and it's quite another to watch your growing disdain for a man deserving of your respect and, at this point, your apology as well. Now you've read the last of my comments, Randy, and I, the last of your approach to journalism, as you say some 41 years in the making.

Bunch of unnecessary bologna. Do you just not like this guy? Haven't seen any other stories on here about any other public figures and how many tickets they have received. Kinda childish

People in authority do have an additional responsibility setting an example to the students. Not an example of perfection, never making mistakes, but being human. This is a perfect opportunity for him to say I made a mistake and I have consequences of that mistake. My insurance premiums may increase, the ticket will hit my wallet, I may have points against my license. Kids, I was wrong, learn from my mistake. I believe that will earn their respect.

The students would not know about his speeding tickets unless someone decided to bring this to the public’s attention. This report is shallow, poorly written, and judgmental.

"Dr. Hopper knocks himself out to be a good principal. He attends all ball games, and all functions to support his kids. He spent the beginning month of his administration doing home meetings with parents."

I agree with Randy on this issue. The only reason this is newsworthy is because he is the high school principal, a person who is traditionally held to a higher standard. WOW! I've been driving for over 50 years, this guy's got more citations in six months than I have in 50 years of driving.

Randy I agree with you, he should make sure he follows the rules as he is an example for kids. We all are.

Students are routinely penalized at school, or in sports for things they do away from school!

"If a student compiled a record of breaking school rules similar to Hopper's record of breaking traffic laws, Hopper would take it seriously or he would not be doing his job."
From what I've heard, probably not.
And "defective equipment" often means they plead down on the speeding.

I heard teachers once discussing whether to have an alcoholic drink at a restaurant & if they should be seen with alcohol in their shopping cart. They said it's too risky to their jobs. The good ol boy who got Hopper hired has demonstrated "lack of good judgment", like Hopper. Kids watch our actions more than listen to what we say. Good work, Randy.

He is held to higher standards as his behavior is scrutinized, because it is looked upon by kids. Why should they follow rules if the principal doesn't?
You can't lead by "do as I say, not as I do".
Grow up people, this guy has been called out, as he should be. I just hope he grows up and realizes his position.
Randy reported news.
That's why you read his blog, you know you can find the news here that others do not report.
Stop being hypocritical.
I don't always like or agree with his reporting or views, yet here I am reading it.
Why? Because it is informative of what's happening in our communities.
Thanks Randy.