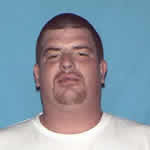 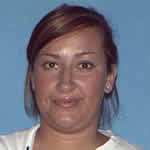 Guilty pleas were entered in U. S. District Court in Jefferson City today by two defendants in an identity theft scheme that involved employees of the Missouri Department of Social Services and the Missouri Department of Revenue.
According to court records, Clayton Deardorff, 29, Kansas City, pleaded guilty to two counts and faces up to 20 years in prison. The following description of his role in the scheme was provided by the Attorney General's office:

Clayton Deardorff was incarcerated at various Missouri prisons, including Tipton Correctional Facility. He allegedly recruited his wife, Robin L. Deardorff, and others to steal identity information so he and others inside prison could make the collect calls. Robin worked at a Jefferson City nursing home operated by New Horizons Community Support Services Inc. She had access to identity information of residents of the home, which she allegedly stole to set up the phone lines and order cell phones. Robin Deardorff, who has a criminal background, was employed by the Missouri Department of Social Services, Family Support Division as of June 11.

Also pleading guilty was Angie Roark, described as "an employee of Sprint PCS at various times, where she had access to identity information of Sprint customers. Her position at Sprint and her knowledge of the company’s methods and operating procedures enabled her to assist the other conspirators in the scheme, the indictment alleges. In addition, she allegedly had landlines installed and cell phones delivered to her residence as part of the scheme."

As noted in the July 30 Turner Report, two other defendants have already pleaded guilty.

Among those who still await trial are Deardorff's wife, Robin, who was employed by the Department of Social Services right up until July 11, despite a record that should have kept her from ever being hired.

As I noted in the June 14 Turner Report and the June 16 Turner Report a simple five-minute case.net check uncovered enough information to keep her from ever working for the state. That check, however, was never made.
Posted by Randy at 7:05 PM