Judge rules Missouri State professor does not have right to sue 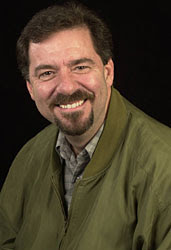 Talk about an about face.
After totally ignoring the story for two years, the Springfield News-Leader today has the dismissal of former drama instructor George Cron's wrongful dismissal lawsuit against the university as the top story on its website:

Maughmer also ruled that Cron's defamation claims against Rhythm McCarthy and Jay Raphael, his former superiors, should not move forward.

The ruling didn't comment on the truth of the defamation claims, but rather said Cron was not specific enough and failed to prove his reputation had been damaged.

The lawsuit was first reported in the April 3, 2006 Turner Report. It received its first News-Leader mention 17 months later on Sept. 2, 2007. The initial Turner Report entry detailed the lawsuit:

In a lawsuit filed March 31 in U. S. District Court for the Western District of Missouri, George Cron, Springfield, lists Rhythm McCarthy, a professor in the Theatre and Dance Department; Jay Raphael, department head; Bruno Schmidt, vice president of academic affairs; John Black, Missouri State's general counsel; and The MSU Board of Governors as defendants; and alleges wrongful dismissal and defamation.
Cron, who also has acted in such films as "Flying Tiger" and "Larva," says his problems with Ms. McCarthy began even before he was hired at Missouri State (then Southwest Missouri State University) in October 1998 when she was chairman of the Search Committee which hired Cron. Ms. McCarthy, in addition to her duties at Missouri State, is a professional dancer who has appeared with the California Ballet Company and the North Carolina Dance Theatre.
"(She) began to aggressively pursue a personal relationship with Mr. Cron," the lawsuit said. Cron says Ms. McCarthy helped him with his application and supported his hiring, which took place in May 1999.
After he was hired, Cron told Ms. McCarthy "that he did not reciprocate her romantic feelings and did not intend to consummate an affair," according to the lawsuit.
After that, he claims, she began "a series of actions designed to undermine (him) and ruin his reputation within the Department of Theatre and Dance." These actions, the lawsuit claims, included a series of statements about Cron's teaching methods, his fitness to teach, and his being "sexist" and "bigoted." Still, Cron was rehired each year until he came up for tenure in 2004. The Tenure Committee voted 6-2 to offer him tenure, the lawsuit said, with Ms. McCarthy and Sara Brummell casting the dissenting votes.
The committee recommendation was forwarded to Raphael, who rejected it. Cron appealed to Schmidt, who denied the appeal. On April 12, 2004, Cron appealed those decisions to the Academic Personnel Review Commission, which in a split decision, said "Cron's complaint was not frivolous." His appeal was again rejected. The case eventually went to an arbitrator, who ruled in Cron's favor July 29, 2005. Nonetheless, the board voted Oct. 4, 2005, not to extend tenure. Cron is asking for reinstatement and damages.

I just now experienced the exact same verdict for my case against Portland State University's School of Social Work. I understand the 11th amendment to be considered nullified when states take Federal funding and when the perpetrators are not acting in good faith. My case laid out all of these points very well and yet was summarily dismissed by Judge Marco Hernandez. He didn't even appear to read my declaration or consider the volumes of emails the professors sent back and forth slandering me. There is no justice. The 11th Amendment MUST GO!