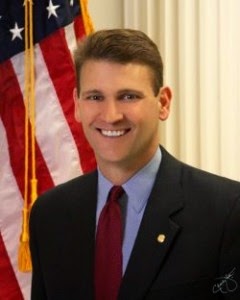 Federal bankruptcy court judge Jeff Bohm is giving investors of former master developer David Wallace's BizRadio scheme an additional six weeks to determine if they will file action against him to protect any chance they have of ever getting repaid.

Without Bohm's order, which was granted Friday, the deadline for any action would have been Monday. Now they have until September 30. Unless they take action, odds are likely that Wallace will never be required to pay them a penny.

The demand of the court-appointed receiver that Wallace and his former partner in Wallace-Bajjali Development Partners, Costa Bajjali, repay the $1.5 million they owed to the BizRadio investors was the action that directly led to the collapse of Wallace-Bajjali and the company's departure from Joplin.

In court documents asking for the extension of time, lawyers for the investors once again referred to BizRadio as a Ponzi scheme, the same description that has been used in various legal actions that have been filed against Wallace, all of which have been put on hold since they declared Chapter 7 bankruptcy in March.

In 2011, SEC officials invsetigated Wallace-Bajjali's role in the BizRadio scheme, with the investigation leading to fines of $60,000 against both Wallace and Bajjali, which the men finished paying only days before being chosen as Joplin's master developer.

The settlement also included thr requirement that the men repay $1.5 million to the investors. They were given  a deal under which the amount would have dropped if they had paid it by the end of 2011. Instead, Wallace and Bajjali asked for and received one extension after another, saying that they were taking Wallace-Bajjali public and that they needed to wait for money from their Joplin and Amarillo projects to start rolling in.
***
The story of how Joplin city officials and unelected city "leaders" ignored the danger signs and turned the development of the city's tornado-stricken area (and much, much more) to Wallace-Bajjali can be found in the pages of Silver Lining in a Funnel Cloud: Greed, Corruption, and the Joplin Tornado, available at Always Buying Books, Changing Hands Book Shoppe, and The Book Guy in Joplin and Pat's Books in Carthage, as well as in paperback and e-book formats through Amazon.com.

What total jerks. They both need to go to prison. I believe FBI IS investigating.... I'm sure Judge Bohm is aware. He knows these two snakes. They've been in his court before.