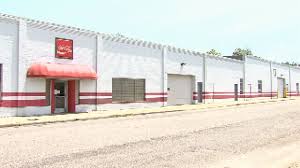 Lawyers representing the trustee in former master developer David Wallace's Chapter 7 bankruptcy are asking a federal judge to compel the release of documents surrounding the purchase of the old Coca-Cola Building in Joplin.

In documents filed Friday in U. S. Bankruptcy Court for the Southern District of Texas, the Diamond McCarthy law firm of Houstin, representing trustee Rodney Tow, asked that Judge Jeff Bohm order former Wallace-Bajjali President Bill Ewing to turn over the documents for Virginia Acqusitions, a limited liability company formed by Wallace-Bajjali for the express purpose of buying the Coca-Cola building at 1301 Virginia Avenue. The court documents indicate Ewing is a 50 percent owner of Virginia Acquisitions.

After Wallace reached out to Ewing in  a July 15 e-mail, Richard Walters, with the Springfield law firm of Spencer Fane, which served as the registered agent for Virginia Acquisitions told the trustee on July 23 that he had searched his records located the following items:

Articles of Organization – Virginia Acquisitions, LLC (signed and filed with the Missouri Secretary of State)

Real Estate Purchase Agreement between Virginia Acquisitions, LLC, as Seller, and the Trustee of the Cynthia D. Neal Trust, as Buyer (draft form only).

E-mail from Bruce Anderson to our Firm requesting the formation of Virginia Acquisitions, LLC.
(Note: Anderson was Wallace-Bajjali's finance director and is currently suing Wallace and Costa Bajjali in Jasper County Circuit Court for breach of contract.)

As of August 20, the trustee had not received the Virginia Acquisitions documents.

The Coca-Cola building was the only property Wallace-Bajjali ever purchased from the Joplin Redevelopment Corporation.

The hearing on the motion to compel documents is scheduled for 10 a.m. Friday.

Texas is a good state in which to go belly up. Under state bankruptcy laws, Wallace can keep his home, no matter how fancy it is. Putting in an $84,000 pool is starting to look like a smart move. They can't take that. The homestead exemption does not apply if the debts were owed as a result of federal violations or fraud. I wonder if the $1.5 million owed to BizRadio investors constitutes fraud. It does in my eyes, but does it in the "eyes of Texas"?

The Wallaces can also keep retirement accounts, one car per person and up to $60,000 of personal property, which can includes up to two guns (this is Texas, after all) and $15,000 of jewelry.

If he is indicted, and then convicted, and the illegal gains can be traced to the purchase of house, yes they will take it. Not in bankruptcy, but in federal criminal court yes. I've seen this happen. Remember he made a million dollars in 2014. I'm sure he'll be losing that house. I hope he loses it all. He's a danger to society.

The investors have been hounding the FBI since this all began, including the criminal activity of Albert Kaleta and Daniel Frishberg. THese two guys is where the Houston investors got sucked in. They did not know Wallace. These two creeps introduced them to Wallace and were charging the investors a fee of 1.65 for having their money with Wallace. The money they would never see again. What a scam. The FBI kept saying there wasn't enough evidence to go after the pack of crooks. Well, now things are different. Now Wallace's crimes go beyond Texas and he's taken advantage of whole communities all at once. So lets see now what happens to him and Costa Bajjali.

Bill Ewing, at this point, is in contempt of court. He is being sanctioned $100 a day starting today.