Lincoln Republican: A+ scholarship money should not go to illegal immigrants 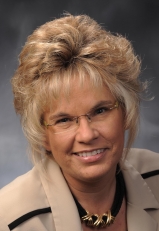 Usually, I try to keep my reports to just the facts, not necessarily my opinion. This week, I want to tell you my opinion (along with the facts I believe you will be interested in). This is an issue that is very important to me and I feel like I should share this information.

The Missouri A+ Schools Program was created over 20 years ago as a reimbursement-based scholarship program for graduating high school students. It works to help them pay for college tuition and general fees at participating public community colleges and vocational/technical schools.

At most public schools, the top scoring students receive most of the scholarships, whether academic or athletic. The A+ Program allows students who meet certain criteria and maintain a 2.5 grade point average to attend a Community College or a Vocational/Technical College, which is a dream that might have been impossible for some students. These funds are not unlimited, but they have been sufficient to help many Missouri students get the education they need for their future.

Last year, with the consent of the governor, the Coordinating Board for Higher Education decided that students brought to the United States illegally can apply for scholarships through the state's A+ program if they arrived before their 16th birthday and meet certain conditions. The Coordinating Board for Higher Education said this decision will “help these students get financial aid for two years at participating colleges and universities, largely community and technical or vocational colleges.” As of December 2014, the Department of Homeland Security had approved Deferred Action for Child Arrivals status for 2,296immigrants here in Missouri.

In effect, what this means is that THERE IS A POSSIBILITY THAT SOME UNITED STATES CITIZENS/MISSOURI STUDENTS WILL NOT RECEIVE A+ SCHOLARSHIPS BECAUSE THAT FUNDING WILL INSTEAD GO TO ILLEGAL IMMIGRANTS!!!

Now, at this point in time in America, these FACTS might be construed as “politically incorrect” or as an attack on people from other countries. It is neither of these! I am writing this to make sure we protect the children in this state! OUR children! I will continue to voice these FACTS about our government so Missouri/U.S. citizen children can be protected.

This year the General Assembly passed SB 224, to fix this issue and ensure our Missouri students have the funding they need to fulfill their A+ Scholarship Award. Much to my surprise and dismay, Governor Jay Nixon vetoed this bill. He made this announcement at the La Raza Conference, which is the nation’s largest Hispanic advocacy organization. In his veto letter, he stated, “Rather than discouraging the continuing education of these students, the state has an interest in encouraging their successful participation in higher education so that they have an opportunity to pursue productive careers and make positive contributions to the state of Missouri.”

Just to make sure everyone remembers what this means… THERE IS A POSSIBILITY THAT SOME UNITED STATES CITIZENS/MISSOURI STUDENTS WILL NOT RECEIVE THE A+ SCHOLARSHIPS BECAUSE THAT FUNDING WILL GO TO ILLEGAL IMMIGRANTS!!! How would this make you feel if your child or grandchild was denied a college education because funding was given to an illegal immigrant?

If I could wave a magic wand and create a world where there was only happiness; where all the people in this world had enough to eat, heat in the winter and air conditioning in the summer; where all women would be free to come out in public without covering their heads (if they choose not to cover their heads); where no children were abused and neglected and where everyone lived in peace, I would do it.

But we all know the reality, and I’m sorry if this doesn’t sound pleasant, but we have our own country and citizens to care for first and foremost! That is what has made this country so great! We need to encourage other countries to do what the Founders of this great country did by establishing their own freedom and creating a country that is governed by the people.

I hear over and over again that anyone that wants to should be able to move to America. This idealism is unrealistic and puts our country at risk of collapse.

You have probably heard that illegal immigrants don’t receive welfare. That is half true, any illegal immigrant over 18 and who has lived in this country less than 5 years doesn’t receive entitlements, but their children receive entitlements, not at the same rate that Americans do, but their dollar amounts per immigrant are much higher than the amounts American children receive.

Now, how anyone can call this “fair” is beyond me.

I plan to override this veto in September, because we have a responsibility to our Missouri students to make sure they are protected. The next student to be cut could be your child or grandchild. When we put students from other countries ahead of our own, we have committed a terrible injustice to the United States citizens in our schools.

Mr. Governor, please tell me where you will hold the rally to notify the citizens of this state that you have given away education dollars that belong to our students! How will you explain to them that their dreams of going to college have ended? How will you explain to them that you have chosen students from other countries over the students in your own state?

Who will take care of OUR children?
Posted by Randy at 3:08 PM

Rep. Brown, your rant against undocumented students being able to take part in the Missouri A+ program shows just how much the Republican Party has become the party of mean spirited, hateful people. I guess Hebrews 13:16, "Do not neglect to do good and to share what you have, for such sacrifices are pleasing to God" is a Bible verse you choose to disregard. If our forefathers had the same attitude as you, there would have been no public education for all; "documented" or "undocumented". News flash, maybe some of your ancestors were "undocumented" but were able to get a public education. Your shortsighted attitude does a disservice to the people of this state.

Representative Brown, I applaud your accurate, to the point position on this subject. We have become so "politically correct" in this country that we are literally placing our own citizens in distress so as not to offend or discourage some who are breaking our laws. I notice that the comment condemning your position is from someone who prefers to remain anonymous. It is also clear that that person has no understanding of the consequences of allowing unfettered access to the country and its benefits, let alone of the founders or the constitution. I believe my state Representative, Scott Fitzpatrick, and my state Senator, David Sater will join you in overriding the Governors veto. Keep up the good work for Missouri.