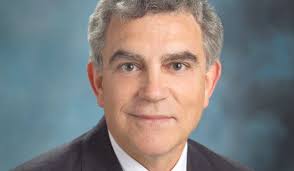 Carthage-based Leggett & Platt today announced that David S. Haffner, the company’s Chief Executive Officer and Board Chair, will retire from the company and the Board on December 31, 2015. Karl G. Glassman, the company’s President and Chief Operating Officer, will assume the role of CEO on January 1, 2016.

Haffner has been the company’s CEO since 2006, and Chairman of the Board since 2013. Before assuming the role of CEO, he served as the company’s Chief Operating Officer for seven years and in numerous positions of increasing responsibility since he joined the company in 1983.

Richard Fisher, the company’s Lead Director, commented: “On behalf of Leggett & Platt’s Board of Directors, I would like to recognize David’s tremendous contributions and longstanding commitment to the company. Under David’s leadership, the company embarked on a major strategic shift in late 2007, which has resulted in total shareholder return since 2008 in the top 10% of the S&P 500. For over three decades, he has provided invaluable leadership, a commitment to our core values, and a keen focus on shareholder value.

“David’s tenure as CEO has positioned the company to reach new heights in the future. Today, Leggett & Platt is as strong as it has ever been, we expect a record year for earnings in 2015, and nearly all of our businesses are performing extremely well. In keeping with Leggett’s history and tradition, we expect this to be a smooth transition. We wish David and his family the very best. He will be missed both personally and professionally.”

Karl Glassman, age 56, succeeded Haffner as Chief Operating Officer in 2006 and as President in 2013. He has been with the company for over 33 years and has worked closely with Haffner for the past 16 years. Glassman joined the Board in 2002.

According to Fisher, “The Board expects Karl to continue the great example of leadership set by David and his predecessors. As CEO, Karl will bring extensive company and industry knowledge, as well as a broad understanding of the global landscape and the challenges that manufacturers face. Leggett & Platt is fortunate to have a very experienced team of senior managers, a strong culture, a sound strategy for the future, and a talented group of employee-partners throughout the world. We look forward to seeing Karl build on our past success and lead Leggett & Platt to even higher levels of achievement as we go forward.”
Posted by Randy at 8:32 AM