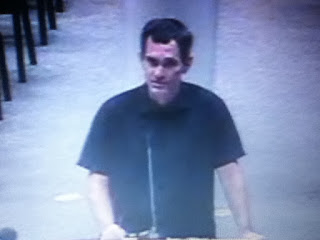 A sharply divided Joplin City Council approved the South Main Street TIF tonight following a lengthy discussion on whether that area could be developed without a TIF.

Councilman Mike Woolston abstained,of course, since he has been involved in real estate dealings in that area.

Early in the meeting, Joplin R-8 Interim Superintendent Norm Ridder spoke against the TIF. That did not faze the South Main Street developer Rodney Spriggs (pictured)  a bit."I don't know if there has ever been a school district that approved a TIF," he said. (Actually, former Superintendent C.J. Huff and the previous Joplin R-8 Board of Education approved the biggest TIF in state history,brought to Joplin courtesy of Wallace-Bajjali.)

Spriggs noted that he and his partners,who own the Vintage Stock stores, want to invest in the Joplin community. The investment is to the tune of $230 million and covers 83 acres. Spriggs said he and his partners had already invested $4 million in the project and would not be recouping that money through the TIF.

"The development is not going to take place without a TIF," Spriggs said.

Councilman Bill Scearce disagreed, noting that the area around Freeman on 32nd had developed with numerous doctor's offices and related businesses.

"This area is going to develop because of the location of Mercy Hospital," Scearce said.

Spriggs said there would be some development in the area without a TIF, but nothing on the scale of what he and his partners were proposing.

"How do you justify taking (the money) from (the school district) and putting it in your pocket?" Scearce asked.

Spriggs said he was not taking money from the school district. He noted that he could have asked for the maximum 23 years for a TIF district. Instead, he had asked for 16. Once that time has elapsed, he noted, the school district would be able to bring in far more money because of the development of the property.

Ryan Stanley agreed with Spriggs. "I don't think it's going to develop as it is. I think this is the best way to do it."

Scearce said he would not vote for something that would take away money from the school district.

The council took six votes on different projects in the TIF area,with all ending up with identical 5-3-1 votes.

I didn't know Randy was on the council.

I read through that twice and did not notice I had done that. Thanks for pointing it out. It has been fixed.

For the 4 million they say they have spent tearing down the Old Capri Motel and digging up some dirt, they could have easily save, renovated and modernized, and expanded it and had a darned good business and a unique property. But noooooo. Let's build a vast wasteland of sprip centers just like the many we already have sitting empty and cash in 37 million from the city. If these people have 230 million to spend, why on earth do they need a measly 37 million from the taxpayers. What could possibly be in works that would cost 230 million dollars? Did the new Hospital cost that much?

At least Scearce and Rosenberg voted against the TIF. If you follow their votes they are usually spot on. To bad they are going to be gone in seven months. Then who will look out for us.