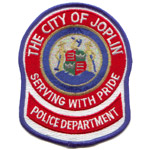 A new Joplin Police Department task force will try a different approach to preventing crime. Instead of  just investigating the crimes after they occur, the task force will target the career criminals who are committing many of those crimes.

Lt. Matt Stewart explained the task force to the city's Financial Oversight Committee, which is responsible for making sure the city's targeted sales tax revenue is spent property. The group will concentrate on 15 to 20 people, Stewart said, with the idea being to put them away for a long time.

Funny, I thought they targeted EVERYONE as career criminals.

Being away from Jasper county as a whole for awhile and living someplace else where the law enforcement is easier to get along with, they definitely have some issues with professionalism and courtesy near Joplin. I'm not saying there aren't some good officers working at some departments, but they certainly have quite the cadre who exercise too much ego and us versus them mentality.

We are about to see a whole lot of 18-20 year old career marijuana and alcohol offenders... Living in Vegas, I now realize how truly ridiculous JPD was

Sorry--I'm looking forward to this, even if it's only partially successful. The same damn people are making whole areas of town miserable; throw their asses in jail and at least while they are locked up they won't be busy making the next generation of worthless thieves and drug dealers. And you ever notice most of the people complaining about the bad cops are the ones who can't seem to obey the law--boo-hoo!