Message to a First Year Teacher 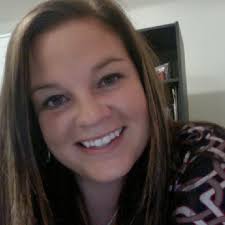 I wrote this three years ago for the Huffington Post and for the Turner Report after seeing the enthusiasm one of my former Diamond Middle School students, Stephanie Taylor (pictured), had as she awaited her first day as a teacher at Carl Junction Elementary School.

Tomorrow (Thursday) is the first day of school for the Joplin R-8 School District and many new teachers will face classrooms full of students for the first time. This time, they are not there as student teachers, but they are in their own classrooms, hopefully embarking on long and rewarding careers.


Many things have changed about teaching over the years, but one thing that doesn’t is the nervous energy and enthusiasm that teachers have when the first day of school arrives.

That is especially the case if you are a first-year teacher.

Stephanie Taylor was one of my students during my third year of teaching in the small Diamond School District in southwest Missouri. What I remember most about her was that she fought to get into my class.

At Diamond, students had a choice of three classes they could take in addition to their core classes and an elective- band, choir, or my creative writing class. I prospered during my first two years at Diamond as the school had weak music programs at that time, but as those programs improved, the number of students who wanted to take writing was diminished.

When enrollment day arrived for Stephanie Taylor, the seventh grader was automatically enrolled in the choir class, but she and a few others who had taken my sixth grade creative writing fought the counselor and were placed on my roster.

I don’t know what Stephanie would say about that class, but I know I was better for having her in it. She worked hard and though sometimes the assignments did not come easy to her, by the time she had finished them, she was invariably greeted by a large A in the top center of her papers.

Today, it is Stephanie’s turn to be in front of the classroom for the first time as she prepares to teach second graders in the Carl Junction School District. Where does the time go?

Her excitement about teaching is evident in the way she talks about it, the way she writes about, and in a nod to the social media era, the Facebook photos that show every step in her room decoration and preparation.

Though it seems like just a year or two ago that I became a classroom teacher, today marks year number 14 for me. It is a lament heard from many veteran teachers, but I wish I knew then what I know now.

I don’t know if this will offer any help or comfort, but I would like to send a few encouraging words to Stephanie and all others whose first year as teachers begins today or during the next few weeks.

-No matter how trying the day, make sure you get something positive out of it. Perhaps it is a child’s kind word, a conversation with a colleague, an assignment completed on time by a habitually tardy student, it doesn’t matter what it is, but on those bad days, and they will come, take home something positive.

-Don’t be a loner. That is the hardest thing for me to say, since like many people who love writing, I am used to doing things in a solitary fashion. I have been fortunate enough to have teachers who have reached out to me and helped drag me into being more of a social human being (though I was often screaming and kicking)

-Don’t be afraid to ask for advice- Teachers love to share, whether it is with their students or their colleagues. Any thing that you are going through, they have either gone through themselves or have seen how others dealt with the situations.

-When the opportunistic politicians and those who would benefit from the breakdown of public schools are blaming teachers for the problem, just remember, you don’t have to hide sheepishly in a corner. You can fight for teachers and know that the overwhelming majority of parents are in your corner, because most of us have been fortunate enough to have at least one special teacher who has inspired us to do greater things.

-If you make a mistake, admit it. Students always remember, and not in a good way, those teachers who would never admit when they were wrong, even when it was quite clear that was the case. If you scold a child in front of his peers and it turns out you were wrong, don’t take him out in the hallway the next day and apologize. The mistake was made in front of the class; therefore, the apology should be in front of the class. Teachers are not perfect and no matter how it seems sometimes, parents and students are not expecting perfection, just caring and professionalism.

-Don’t panic if your lesson plan doesn’t go exactly as scripted. Some of life’s greatest lessons are learned when the unexpected lends a hand. As long as you are in control, learning will take place.

-Love what you do, even when some of the bureaucratic nonsense drives you up the wall. Remember that not everyone goes to a job that offers the reward of knowing that you are making a difference in the world every day.

-Finally, in a personal aside, hope that you have a few Stephanie Taylors sprinkled through your class rosters. And watch some day as they go on to make you proud that you are a teacher.
***
Message to a First Year Teacher and more than three dozen other essays and features about education are included in my book Let Teachers Teach, available locally at Always Buying Books and Changing Hands Book Shoppe in Joplin and Pat's Books in Carthage. The book is also available in paperback and e-book formats from Amazon.com.
Posted by Randy at 9:10 PM