Unnamed donors give $1,675 to Sharrock Dermott 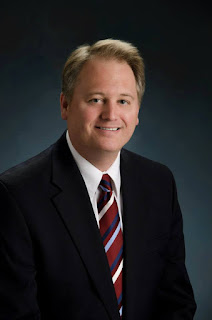 The first campaign finance disclosure report for the Joplin R-8 Board of Education election has been filed and raises more questions than it answers about those who are paying the freight for the candidate's campaign.

Empire District Electric Company Director of Legal Services Sharrock Dermott has raised $2,625, but the 40-days-before-election report only tells where $950 of the money comes from.

According to the report, which was filed Monday with the Missouri Ethics Commission, Dermott has four named contributors:

The remainder of Dermott's contributions, $1,675 is listed in the category of "Total Amount of Contributions Given Less Than $100."

Oftentimes these kinds of donations are made at fundraisers for candidates, but Dermott lists no contributions in that category.

Dermott's financial report is similar to ones filed during the 2014 Board of Education race by former Board President Jeff Flowers, as noted in this passage from the March 31, 2014 Turner Report:

At this point in the campaign, including the $723.06 the Joplin Progress Committee gave to his campaign last week, Jeff Flowers has received $3,368.06. He has not provided a name for any of his contributors, except for Judy Priddy, who gave $200. In addition to the $1,723.06 he has received from the secretive Joplin Progress Committee, Flowers has listed no names for $1,435 in contributions.

While the law does not require candidates to list contributors who give less than $100, many candidates in school or municipal elections do so.

Great article about nothing. Top notch reporting as always.

Dermott is a C.J. Huff candidate - so hopefully everyone will see him as not a good candidate - who are the other Huffites?

Really? Since when does knowing who the donors are to political campaigns count as nothing? The CJ Faction can try to brush this off, but considering the connections Empire has to the JPC and Connect 2 Culture people, it is vital we know who contributes to all campaigns. We will NOT put representatives from that group back on the Board, so it is important to know who the donors are. You can try to diminish this, but you should have learned last year that the voters are not as dumb as you presumed. Your response just reinforces the need to know. I will vote Musser, Martucci, and Sloan. If I vote for a fourth person it will only be if I know who his/her supporters are and what they intend to do if elected.

@7:45
I'm not sure who supports Huff, but I do know there are three candidates you can absolutely trust to do their best for Joplin Schools: Martucci, Musser, and Sloan. We must have at least two of these three to keep the momentum going that has started this year. I won't speak against the rest. They can speak for themselves and tell us what they stand for. But I trust these three implicitly to help put the district back on track.

Why do you find yourself on such a worthless blog. You should go troll somewhere else.

Really you don't care who and how much is contributed?
This is local yes, but I bet you are the one screaming that the presidential elections are rigged with wall st donations. It all starts local and works its way up. You had better care.

Will someone PLEASE, help this undecided voter and explain to me how Dermott is a "Huff-ite"? All I know about him is that he is a successful attorney with Empire and he has kids in the district. And how do ANY of his donations make him suspect?

Read this Turner Report post and think about it. Think about why that vote was happening, and when Steele resigned.

" Kimbrough gets three votes in first round, needs one more
In the first round of voting for the new member of the Joplin R-8 Board of Education, former board member Jim Kimbrough received three votes, from Debbie Fort, Jeff Koch, and Jennifer Martucci, with Empire District Electric attorney Sharrock Dermott getting two, and Marsi Archer one.

Lynda Banwart and Randy Steele voted for Dermott, while Mike Landis cast his vote for Archer.

The voting will go to a second round. "

@9:57 Thanks for attempting to answer my question. I am a relatively new resident to Joplin( 2 years), have kids in R-8 and I am familiar with what transpired last year and ever since your tornado disaster (been doing a lot of catch up research). But I'm still wondering why his donations are being labeled suspect? I have noticed that there definitely is a concerted effort to keep an Empire presence on the BOE. Steele, Dermott, Gatz.

Why are these donations labeled as suspect? That is totally absurd. They are simply less than $100 each. Sharrock Dermott is a respected community member that has devoted a lot of his time as a civic volunteer. He has many friends, including myself, that have contributed a small donation to his campaign.

@ 7:50 That is my point. I don't see the connection either. Looks like an apples and oranges thing, especially the attempted comparison to Jeff Flowers' contributions.

Anyone that knows Sharrock understands how ridiculous this story is. It's comical the lengths "reporters" go to in order to create a story out of absolutely nothing.