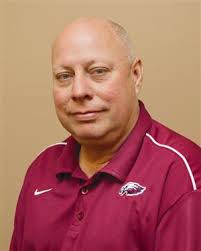 A letter from the electrical contractor for the Joplin High School construction warned that costs from the hurry-up schedule approved by the C. J. Huff Administration to get the school open by the August 2014 starting date were going to be extensive.

The letter, dated February 27, 2014, was addressed to Mike Johnson, who was in charge of the R-8 School District's building projects, but also included the Board of Education in the address.

The letter and the extra costs the PI Group says it incurred were never discussed in a Board of Education meeting.

The letter was filed Thursday in U. S. District Court for the Western District of Missouri as part of an amended countersuit filed by the PI Group of Lenexa, Kansas, against the school district. The district filed a lawsuit against the PI Group on March 30, 2015, after receiving a $7 million bill. District officials acknowledged the action was taken because they were aware the contractor was contemplating filing suit.

The letter to Johnson reads as follows:

Re: Joplin High School Notice of Delay and Additional Cost

The schedule for completion of the construction of the various buildings on the Joplin High School project has and continues to be delayed.

In addition, the scheduled completion dates of Areas B, C, D and E are slipping and it appears will not be met. The above delays will create a situation where the majority of P1 Group’s work will be compressed into the remaining months of the project which will cause acceleration of P1 Group’s work.

These delays, and the acceleration of P1 Group’s work, have already caused your Construction Manager, Universal Construction, to direct P1 Group to begin working overtime in certain areas of the project.

While Universal Construction has directed P1 Group to bill them directly for the premium portion of the overtime cost they are directing P1 Group to work, outside of our contract with you, that is only a small portion of the additional cost and expenses P1 Group believes we will be faced with as a direct result of these delays and the acceleration of our work.

At this time we can project that we will incur increased costs from working in periods of higher labor wage rates than anticipated, labor inefficiency impacts from working overtime, extended field office overhead costs from the project being extended, additional management and supervisory costs, as well significant labor productivity inefficiencies from, but not limited to, the following causes:

As P1 Group is not responsible for these delays, we will be looking to the Joplin Schools Board of Education for compensation for all of the additional costs and expenses we incur in this regard.

We are in the process of compiling the information necessary to provide you with a projection of the additional costs that we can project at this time we will incur on your behalf and will communicate those to you as soon as possible.

Once compiled, we would appreciate having a meeting with you to review our projection of these additional costs. If you have any questions on the above please feel free to contact me directly.

Though Gossman says in his letter that the PI Group would be looking to the board for compensation there is no evidence that Johnson or Huff passed on the message.

Included in the documents filed with the countersuit are letters and e-mails which show that P1 warned Superintendent C. J. Huff and Universal Construction that delays in construction plus the push to make sure Joplin High School opened in August 2014 were going to cost plenty, including overtime, but the response was always full speed ahead.

An e-mail sent by Huff to P1 says that the Board of Education discussed P1's request for more money during a closed session in July 2014. If Huff was telling the truth about that discussion, that would indicate that the board acted illegally, since at that time there was no litigation involving P1 and the school district, and other documents indicate the district did not consult a lawyer until September, thus the request should have been discussed in open session.

But the extra costs seem to have all been caused by the push to open the high school in August 2014, according to the countersuit.

The R-8 District lawsuit against the P1 Group accuses the group of shoddy work, but that did not stop the district from employing the contractor for several more months through the conclusion of construction of the high school auditorium.

1. If shoddy work is the basis for a lawsuit by R8, then every subcontractor involved in building the new schools should be sued. All of them leak. None of them are squared up. They have plumbing and electrical issues, drafty windows, errors by the dozens. Why sue this one? To try and scare the man out of his bill. Pretty shoddy. Perhaps CJ should make up the difference. When it became evident that the high school wouldn't be finished on time, administration manipulated the situation so CJ could put the stalling off on "teacher uneasiness." It was obvious the building wasn't ready, but CJ wouldn't man up and own it so teachers had to make the decision for him. Spineless cowards.
2. Why is Mike Johnson still employed? I know the emphasis is on getting academics under control, but it can't be that difficult to find someone to replace him. He's slimy all the way around. Sort of like knowing a sink hole was forming in the student parking lot but not telling parents. They heard about it when it hit the news a week later. Perhaps CJ would like his child to park there now. Mine won't. Who knows how many other hidden hazards the students and staff of the new schools are facing. Or the old ones, for that matter. There is too much emphasis on the appearance of school and not enough on the basics. I know Dr. Ridder is making changes, but they can't come quickly enough. Getting rid of this man would be a five-minute fix.

Good, fast,cheap. Pick one or two.

Depositions should be interesting if things get that far. They could bring some to tears.

This is off-topic, but I'm hoping some of the readers can answer for me. Why do we see CJ and his little creeper Mike Landis at the school events? They were at the early childhood ceremony last week and at the high school for Blunt's announcement Saturday. Mike attends nearly every Board meeting (I'm surprised he doesn't accidentally vote, but he only knows how to say "yes" and that would put him in a bind now). What is their goal? Are they trying to take back over? Look like they know something (too late)? Anyone with half a brain, which definitely excludes these two, would be making distance with heads held in shame after destroying every aspect of a school district like they did.

There must be some ulterior motive other than "caring about the schools" since they didn't before.

Yep should have let Crossland Construction build the school...

C.J. Won a ton of phase for starting school on time. It made him agree to pay any amount to get JHS open on time. Millions of dollars down the drain for his glory!

Randy, can you look into a rumor that ten custodial staff are going to be laid off by Mike Johnson? Thanks

"it was for the Kids". Have to be open on time.

The electrical contractor will likely win millions of dollars. So Paul Barr who pays them? The tax payers or liability insurance? My hunch is us! Paul why aren't you looking out for us?

3:45 it is not a rumor. At least 10 will be laid off. Ridiculous with the district only getting bigger.