Nila Vance out at Irving Elementary, Mwangi to take reins 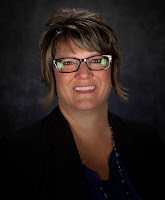 Change continues to sweep through building administration in the Joplin R-8 School District.

Reportedly, Irving Elementary Principal Nila Vance, formerly the principal at Emerson Elementary, will not return for the 2016-2017.

Her replacement will be Sarah Mwangi, currently the principal at Columbia Elementary.

Earlier, East Middle School Principal Bud Sexson was given the heave-ho, being reassigned to busy work at Joplin High School. He will be replaced by Jason Cravens, currently the executive director of secondary education for the district.

As the Turner Report noted earlier this week, McKinley Elementary Principal Terri Hart has resigned effective at the end of the school year.

The resignations and reassignments follow the recent announcement by Cecil Floyd Elementary Principal Gayle Hennessey that she will retire at the end of the year.

The Turner Report has also heard that another principal has decided to retire. More information will be printed as soon as it is confirmed.

The R-8 Board of Education will act on resignations and retirements during its Tuesday meeting.

How did Bud Sexson get hired in the first place?

Cecil Floyd principal to leave at end of school year
Posted by Randy at 7:53 PM

Columbia and Jefferson are two of the schools in more economically-deprived areas and do not appear to have been priority for Huff. Double-edged sword as they were not top of the list to receive amenities, but neither did Huff place his lapdogs in positions of authority there, which means they got to keep what appeared to be some of the better principals (thinking of Mr. Cook with regards to Jefferson, not familiar enough with the current principal in that setting to offer an opinion). Which is probably for the best anyways, the Huff types would have been detrimental in communities requiring a greater level of challenge and personal involvement.

Thank goodness my daughter will not be attending Irving Elementary next! Not fond of Mrs. Mwangi AT ALL!!!!!!

Panera just announced it will add a conference center to accommodate all the former R-8 administrators and board members. They will call it the Silver Lining Community Organizing Center.

Nila is nice but a bit crazy. Mwangi is a Huff & Besendorfer pet but smart. She's a self centered climber who follows the party line.
Huff wanted to combine Columbia and West Central in a new building but many of the Columbia parents (some of those helped with the bond issue) didn't want to do that and said they wouldn't help with the bond issue.

Are they going to make TLCs principals? Royal Heights and Stapleton have principals who were TLCs. Mwangi was a TLC. Cecil Floyd had an assitant principal who was a TLC.

You have to guess the TLCs can apply for administration jobs if they are certified. That doesn't mean they will get them. Historically, not many have been good principals. Wasn't Adams a TLC? She's the one who said her kids can't learn without Bloomberg. She doesn't have the depth of knowledge to lead a building. That seems to be the case most of the time.

No, Adams has a sister who was a TLC and is now an assistant principal. She didn't demonstrate much depth of knowledge in the classroom either.

Anonymous said...
This comment has been removed by the author.
9:46 AM

I'm sure a lot of parents as well as staff were relieved to see Vance go. Whetherthey admit it or not. Nila played favorites and was hardly ever at the school unless there was an assembly. Avoided dealing with discipline. Also things seems to be going better this year.

I would love to see a Turner Report on the real reason Vance was dimissed.