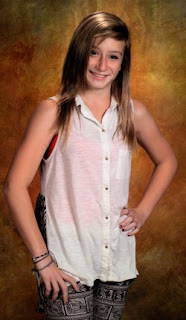 The problem of young people committing suicide due to bullying is growing and it has hit the Joplin area particularly hard over the past couple of years.

In this powerful report from KOAM's Chloe Leshner, Jennifer Lantz, the mother of Erica Smith, the 12-year-old Neosho girl who recently committed suicide, issues a plea for the bullying to stop..

From the KOAM report:

Skating was one of Erica Smith's favorite things to do. Now her mother circles the rink to warn other parents about the dangers of bullying. Her 12 year old daughter committed suicide earlier this month.

“I wish she could see it, I know she can see it, she'd be amazed at how many people showed up to show that they love her,” says Jennifer Lantz, Erica’s mother.