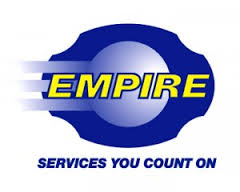 (This post has been updated to provide links to the SEC filings on Empire District Electric company stock purchases. The 8K filing mentioned in the final three paragraphs is a separate matter, but still helps clarify the possibilities for company executives when the sale is completed.)

In the four days before the announcement that Canadian company Algonquin had entered into a deal to buy Empire District Electric Company for $2.4 billion and pay $34 per share, top Empire executives bought thousands of shares of time-vested restricted stock, according to documents filed with the Securities and Exchange Commission.

The purchases were for $29.53 per share, according to the documents.

Others purchasing stock included the following:

An 8K filing Friday with the Securities and Exchange Commission indicates that Empire District Electric Company's top officials have the option of receiving lump sum cash payments for their stock when the deal goes through:

On February 9, 2016, in connection with the approval of the Agreement and Plan of Merger dated as of February 9, 2016, by and between The Empire District Electric Company (the “Company”), Liberty Utilities (Central) Co. and Liberty Sub Corp. (the “Merger Agreement”), the Compensation Committee of the Company’s Board of Directors approved the amendment of outstanding performance-based restricted stock awards granted under The Empire District Electric Company 2006 Stock Incentive Plan and The Empire District Company 2015 Stock Incentive Plan, including performance-based restricted stock awards that were granted to the Company’s named executive officers.

These ridiculous people should be ashamed of themselves. This is exactly what's wrong with corporate Amercia. Empire wants to raise my rates every single year. All you executives can go to hel!

Did you or anyone who has commented actually read the 8K? That is the accelerated vesting and release of performance based stock incentives triggered by the sale of the company. "Purchase" is not an accurate description. Your article implies that they were acting on insider information and violating securities law.

Half a dozen of one, 6 of another. It matters not whether the board granted this issuance of stock to these executives or they acted alone on insider information in the open market. They, and they alone benefited from this action, if the deal goes through, and it is by no means a done deal.

As far a Hell is concerned, EDE went to Hell about 15 years ago. The writing as to defined benefits payable, ect, has been on the wall at least that long and no one, not one CEO at Empire could figure a way to sustain the company, other than to grease the wheels on the state level with annual hikes in usage cost and user fees.

Whomever ends up with EDE has a tough road ahead of them because their customer base is angry. Angry as Hell!

If they would have sold to Walmart or Menards rates would fall and the electricity could be imported instead of polluting our good old USA air.

The customers are powerless, except for possibly living off the grid. EDE executives did what many of us would do. The power of money is all encompassing .

That is the point, they didn't buy the shares and the company didn't give them new shares. These were shares already given to them as performance incentives in the past. The meger just accelerated the vesting. They didn't net any extra money. This whole thread is much ado about nothing.

The pension isn't going away.

Utility rates are set by the state's respective PSC's. It is a long drawn out process that involves determing what is a fair ROE for using investor funds to pay for capital projects. When federal mandates require capital investments then rates are going to go up. This isn't an Empire thing this is how the industry operates.

Implying the company wasn't sustainable ignores the significant premium that was paid for the stock.

Any of us in the same position would have done the same thing,,,,,Cha Ching

Unsustainable business models have been built, bought and sold in the private sector for decades! EDE’s real silver lining is in its model. It is a bastard son of sorts, in that it is regulated (joke) and at the same time is a publicly traded monopoly in SW Missouri. Very sweet deal until the public outrage forces deregulation!
It is time to deregulate all the electric monopolies! If I can be done for telephony it can surely be done for local utilities.
Deregulation of telephony along with technological advancements has saved consumers a great deal of money that would have otherwise been spent by MaBell (EDE) as CEO stock incentives, and multi-million dollar silver parachutes! Consumers also have a CHOICE!
I no longer want to spend any money with EDE. I want a choice in my provider and I hope thousands of others will do what I am going to do and write everyone on the local and state level demanding…a choice.

Utility deregulation is a facade, very little actually changes. It worked so well in California I can't understand why it hasn't caught on.