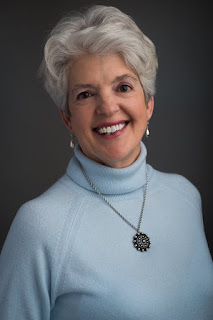 The Joplin Progress Committee disbanded as a political committee last year, but its members are apparently still working to choose the candidates who will best represent their interests on the Joplin R-8 Board of Education.

Judging from the 40-days-before-election report she filed Monday with the Missouri Ethics Commission, members of the former Progress Committee are backing retired teacher Mary Gaarder for a three-year term.

Otherwise, she received money from three contributors who were listed, all of whom were connected with the Progress Committee- $250 from Michael Pence, who is also serving as Gaarder's campaign treasurer, $150 from Abbey Title Company owner Barbara Hicklin, and $150 from Dorothy Willcoxon. Pence and Hicklin contributed to the Progress Committee, as did Willcoxon's husband, Robert.

Pence, Hicklin, and Willcoxon all backed efforts last summer by C. J. Huff and former board member Mike Landis to take the selection of replacements for board members out of the hands of the people's elected representatives last summer and hand the choices to the Jasper County Commission.

The three were among 65 people, including more than a dozen Progress Committee members and R-8 Board member Lynda Banwart, who signed petitions asking the County Commission to appoint replacements for Lane Roberts, Randy Steele, and Mike Landis. (Landis also signed the petition.)

Gaarder also received $600 from unnamed sources, listed in the category of those who contributed $100 or less.

Something to think about?

Mary Gaarder was on the Schools and Community Facilities Sector of Joplin Citizens Advisory Recovery Team (CART). CART reported to the Joplin City Council on November 7, 2011.

The three goals of the Schools and Community Facilities Sector listed were:

✓ Develop a 21st Century Learning environment that is flexible and innovative
✓ Encourage sharing of schools and community facilities
✓ Develop additional facilities to have special events, community gatherings, and arts and cultural opportunities

The projects to achieve the goals were:

Thank you. That's a big no vote ! Joplin is not going backwards.

She used to teach in Joplin. She's very nice and has been drinking the Huff kool-aid.

She is nice but scatter-brained. My son used to come home from gifted and ask me if she had ADHD.