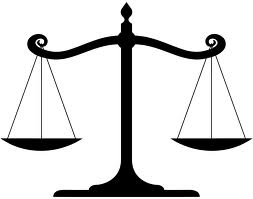 A Tarkio R-1 High School student who brought a loaded semi-automatic pistol to school earlier this month, causing the school to be locked down, has been charged in federal court with illegally possessing two machine guns that were found at his residence.

Michael T. Knoth, 19, of Tarkio, Mo., was charged with two counts of possessing a machine gun in a criminal complaint filed in the U.S. District Court in Kansas City, Mo., on Wednesday, Feb. 24, 2016. Knoth, who has been in state custody since his arrest on Feb. 11, 2016, was transferred to federal custody today for his initial court appearance. Knoth remains in federal custody pending a detention hearing.

According to an affidavit filed in support of the federal criminal complaint, Knoth – who came to school on Feb. 11, 2016, wearing military-style clothing, boots and ballistic body armor – reportedly displayed a fully loaded magazine to another student that day. That student alerted a teacher, and the school contacted the Tarkio, Mo., Police Department. School officials then discovered a loaded Glock 9mm semi-automatic pistol in Knoth’s backpack, along with six loaded 9mm pistol magazines, three loaded .223- or .556-caliber magazines, a spring-assisted knife, a seatbelt cutter and a window punch.

Knoth was arrested and handcuffed. The school was placed on lockdown.

Investigators also searched Knoth’s home. During a search of the southwest bedroom, investigators found a loaded machine gun in the closet, an AR-style .223/.556 pistol, containing no visible serial numbers or manufacturer stamp. They found a second machine gun, an UZI-style 9mm firearm (unknown manufacture), in the dresser. Investigators found a receipt from M&A Parts, Inc., which listed various firearm parts, including an M16 LPK part kit with auto sear. (An auto sear is a device used to turn a semi-automatic rifle into a fully automatic rifle.) Investigators also found numerous rounds of ammunition and numerous loaded .223/.556 and 9mm magazines throughout the residence.

Dickinson cautioned that the charges contained in this complaint are simply accusations, and not evidence of guilt. Evidence supporting the charges must be presented to a federal trial jury, whose duty is to determine guilt or innocence.

This case is being prosecuted by Assistant U.S. Attorney Joseph M. Marquez. It was investigated by the Tarkio, Mo., Police Department, the Atchison County, Mo., Sheriff’s Department, the Missouri State Highway Patrol and the Bureau of Alcohol, Tobacco, Firearms and Explosives.
Posted by Randy at 5:44 PM