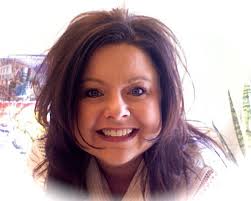 McKinley Elementary Principal Terri Hart announced to staff members last week that she will resign effective at the end of the current school year. Hart's "resignation" was announced following her evaluation, which took place in January.

Hart, formerly the district's curriculum director, took the reins at McKinley for the 2013-2014 school year, following the disastrous tenure of current Executive Director of Elementary Education Jennifer Doshier. Huff placed Hart in the position despite the fact that Hart was not certified to be a principal.

The school had an almost entirely new faculty, many of them younger, inexperienced teachers, in need of a veteran guiding hand.

What Joplin R-8 Administration provided was Terri Hart...a principal who was not even certified to be a principal.

With all of the certified principals available, many of whom would love an opportunity to work in one of the largest school districts in southwest Missouri, no one ever explained why Ms. Hart, who had been working in Administration office at 32nd and Duquesne, was the best choice.

The fall semester was a rocky one at McKinley Elementary, but one thing changed when students returned for classes in January.

For the first time since last May, they had a certified principal. Missouri Department of Elementary and Secondary Education (DESE) records indicate that Terri Hart was certified as a principal on December 18, 2013, four months after the school year began and a half year after she was named to the position.

The events that led to her becoming principal were detailed in the November 18, 2013, Turner Report:

Things were not going well at Joplin's McKinley Elementary School during the 2012-2013 school year.

After the meeting started, the veteran teacher reassured Dr. Besendorfer that the teachers were not blowing the situation out of proportion.

Dr. Besendorfer offered a sympathetic ear, nodding as the teachers spoke, every once in a while commenting, "This is unbelievable," or "this should not be happening."

As the meeting closed, Dr. Besendorfer told the teachers not to worry. "I will take care of this."

As the veteran teacher and the younger ones left Dr. Besendorfer's office, for the first time in a long time they had a feeling that their jobs might just become a little more bearable.

Dr. Besendorfer, true to her word, took care of the situation. By the time her solution had been implemented, the younger teachers, none of whom had tenure, did not have their contracts renewed, and the veteran teacher, a woman well respected in the community, was escorted out of McKinley Elementary and placed on a paid leave of absence. Later, she was transferred to another job in the district. Probably the only thing that saved her position was that she had tenure and the district was already in the process of being embarrassed as it made efforts to fire another tenured teacher.

By the time, the year ended, nearly every teacher in McKinley Elementary had either been non-renewed or had resigned.

Angie Besendorfer did not forget about Principal Jennifer Doshier. Ms. Doshier was promoted to upper administration, in the recently created post of director of elementary education.

Meanwhile, Ms. Doshier's replacement, the principal who would have to deal with a completely new, highly inexperienced young faculty- is Terri Hart, who was moved from an upper administration ;position as curriculum coordinator...and who, according to the Missouri Department of Elementary and Secondary Education website, does not have a principal's certificate.

Parents of McKinley Elementary students should not worry about having such an inexperienced principal at the helm- she won't be here for long. She has told some people that her plan is to get a job at Pittsburg State University and others that she hopes to become a superintendent at a small school.

The one thing she makes sure everyone knows- McKinley Elementary is just a steppingstone.

The departure of Hart follows the removal of East Middle School Principal Bud Sexson, who was pulled out of his position at the end of the first semester and given busy work at the high school until his contract runs out.

Former Director of Curriculum, Instruction, and Testing Sarah Stevens was also reassigned and resigned effective at the end of the school year.

The R-8 Board of Education is expected to act on Hart's resignation during a 5:30 p.m. closed session Tuesday, February 23, at the Memorial Education Building.
Posted by Randy at 6:44 PM

I wonder if she still believes she is ready to be a superintendent? Bwahahahahaha!!! Karma. Got to love it.

Slowly but surely CJ's dregs are getting thrown out with the rest of the garbage. These inept people have done so much damage to the R8 system it will take years to undo it all. They have nothing to be proud of and should be walking away with their heads bowed, but I doubt they have the common sense or decency to own what they have done.

7:06 PM: More change we can believe in: in the last 7 days this "resignation", restoring 7 days to the calendar, the end of the TLC spying system, and, well, it's a change, and maybe he'll be sufficiently competent in this role, at least I gather he was the least incompetent of the Huff inner circle and it's hard to imagine he'll be worse than Sexton, Cravens moving from administration to run East.

Given how close to the beginning of the first term Ridder started, I always expected the big changes to start happening around now, after the final term of the school year is well under way. And come to think of it, Cravens was the acting superintendent between Huff's "resignation" and near immediate departure (a clear sign Huff was fired) and Ridder's start. If he worked hard to keep things going, and cooperated with Ridder, this could be a suitable reward, a chance to gain redemption, Ridder can't be all stick, he needs to dole out some carrots as well, and work with the hand that was dealt before he started.

Yes, and the understanding there are several more coming. Of course Doshier is used to canning people, just not her cronies. Wonder if Ridder is having her can all of her buds and then canning her. You just cannot keep telling everyone what a great Christian person you are and treat people the way you treat people. Which, I have always questioned anyone who has to tell someone what a great Christian person they are.
Parting is such sweet sorrow, but Karma can be a bitch.

Civics lesson of the day: Elections have consequences.

When is the ticker tape parade? I cannot believe this. I am beside myself with glee.

Definitely not more change than anyone can "believe in." Changes, yes, but slow to come. I know full well when Ridder started. I also know this was another year lost academically as the Huff structure was still in place. By taking months to get a consensus from the public and staff, Ridder has avoided charges of vengeance or unfounded decisions, but it has cost the kids and many teachers are leaving again. So don't toot horns yet. The changes are welcome but slow, and there is still no decision about pay or about changes in curriculum, materials, etc. If those decisions are not made soon, next year will look like the last eight, academically.

2:31: You mentioned restoring 7 days to the calendar. Was there a Turner post about that? Is this a change to this year or starting with 2016-17?