Former Webb City principal/double murderer to be featured on Dateline 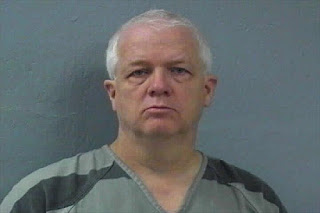 A double murder committed by former Webb City High School Principal Mark Porter will be featured on the 7 p.m. Sunday edition of Dateline on NBC.

I guess we never really know the evil that lurks within some people.

What is the date for the broadcast? This Sunday NBC is broadcasting the Olympics.

Nevermind, I just noticed the date of the article.

The broadcast was in February.