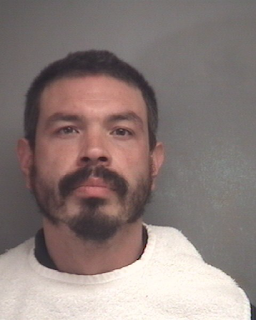 James Warren Henneha, arrested earlier this week and charged with first degree murder in connection with the January 22 death of his girlfriend, Tonya Crawford, 38,Joplin, has a lengthy criminal background in Missouri and Oklahoma, including charges of assault and making meth.

An emergency protection order was issued against him by an Oklahoma court 10 years ago.

It was in Oklahoma where Henneha, 36, was arrested and returned to Joplin to stand trial for allegedly strangling Crawford. He is being held in the Jasper County Jail with bond set at $100,000, including $25,000 cash.

Oklahoma court records show Henneha pleaded guilty to unlawful possession of a controlled dangerous substance (methamphetamine) on April 3, 2002. A charge of endeavoring to manufacture methamphetamine was dropped as part of a plea bargain. He was sentenced to 10 years in prison, with all but one year suspended. He spent that year in the Alfalfa County Jail.

Henneha's brush with the law did not steer him in the right direction. Court records show he was again charged with drug-related crimes in Alfalfa County on June 27, 2003. He pleaded guilty to theft of anhydrous ammonia, which is used in meth production, as well as a related charge. He was sentenced to 20 years in prison, with all but the first five years suspended. Henneha's sentence began October 2, 2003, but his five year sentence ended one year and nine months later when he was placed on probation on June 28, 2005.

On October 3, 2006, an emergency protection order was issued against Henneha by an Alfalfa County judge keeping him from coming anywhere near a woman and her daughter.

A motion was filed on June 18, 2007, to revoke Henneha's probation, but the motion was dismissed November 28, 2007, according to court records.

Henneha entered a guilty plea November 21, 2013, in Barton County Circuit Court to a misdemeanor charge of assault in the third degree. He was sentenced to 30 days in jail.

Joplin Police Department records show Henneha was arrested January 15, 2016, and November 22, 2014 for driving while suspended and May 21, 2015 for possession of drug paraphernalia.