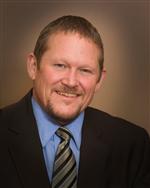 The good news- former Joplin R-8 Executive Director of Student Services Mark Barlass, whose resignation was accepted during a closed session of the Board of Education Tuesday night, did not receive a C. J. Huff-type deal.

Barlass will not be paid long into the future. In fact, according to the agreement, which the Turner Report obtained through a Sunshine Law request, he is no longer being paid a cent. Wednesday was his final day.

He won't be receiving any "consulting" fees like Huff.

What he will receive, according to the separation agreement, is paid health insurance (the portion of the insurance the district pays) through the end of the year and the assurance that the district will not oppose Barlass if he files for unemployment insurance.

And any prospective employer who calls the district will receive a neutral response, indicating that Barlass was, indeed, at one time paid by Joplin R-8 taxpayers.

Barlass has to return all district property, including keys and materials, by a week from today.

Why does this home wrecking slimeball get to negotiate anything at all? Anyone who has been as immoral and unethical as this jerk should get nothing. At all. You can bet teachers and classified staff would be escorted out and kicked to the curb. Disgusting.

The only thing he's getting that's not required by the law is no opposition to filing for unemployment, but having resigned he's got a tougher road ahead because he'll have to prove it's a constructive termination, which it indeed is reported to have been, and paying a couple of months of the district's share of his health costs. Which would normally be COBRAed, but I'm not sure it's such a big thing to give him an extra couple of months since it's at the end of the year and it'll be a lot cleaner for him to find a new plan starting in January if he doesn't go the COBRA route. Note also that if he has a family, this is doing a favor to them as well as him.

They're not exactly doing him any favors in finding new work by letting it be known he was given a choice of resigning or being fired, and only confirming he was once hired by them for reference checking....

@6:42 I disagree with your claim staff would be "escorted out and kicked to the curb." CJ and Tina were responsible for that and they are gone now. Can you think of anybody that was treated that way since they left?

It's still very easy for Joplin teachers to get squeezed out. They have the same administrators in some buildings, and many have just been moved to other positions. Disagree if you wish, but it still happens. I won't name the teachers and humiliate them any more than they have been already. The system of brown nosers cozying up to admin and sticking others in the back still runs strong.

That is why we do not treat the vanquished Huffites the way they treated us.

While Nuremberg trials would be both satisfying and well deserved, the greatest testament to the moral high ground occupied by those opposed to the excess, self service, and rapid decline, that marked this dark period, is the grace with which we hastened the change in focus to a truly brighter future.

This is a district that takes care of its own at the expense of any one who thinks differently, or conflicts with the initiative du jour, or tells a truth that they don't want to hear...ultimately, this good old boy system costs the kids an enormous price. They may not send people packing as some have experienced, but they will twist words and marginalize the teacher in question until they have no value anymore or until they are so beat down that they can't continue. Ask yourself, parents: how many experienced, veteran teachers do your children have? There are a few, but not many. How many "instructional leaders" are former coaches who have brown nosed their way up the pay scale, but know next to nothing about curriculum or pedagogy. Almost every secondary administrator, with very few exceptions. How many times a month is your child's teacher(s) out of the classroom for a "training" or planning session or other admin backed program? Ask them. It's unreal. No amount of improvement through new initiatives can make up for the lost instructional time. How many days a year do your children waste with NWEA testing, which does NOTHING to benefit students? Parents, pay attention. THIS is why Joplin Schools has the test scores that they have. This is why Joplin Schools can't retain people who know better. It has nothing to do with the students themselves, the demographics of the area, the low pay, or even, at this point, CJ. Huff, as Randy Turner would have you believe. The problems in the district are firmly rooted in an interest in maintaining an image, and more importantly, upholding status quo. I have never posted on this site before and probably will never again. I have tried to go through proper channels to express this, but am not heard. My heart breaks for Joplin Schools. Parents, if you see these things, demand that they be changed! Your kids deserve so much better than what they are getting.

The parents are too often concerned more with image than substance themselves. They fight any consequences for their kids' behavior instead of being concerned about the behavior itself. They give their kids alcohol for their big parties. Serve as bartenders. It's all image in Joplin. Otherwise they would be more involved and making change happen. I gave up. It's not worth it.

@1:32
Nobility and humility are admirable traits. However, the district needs every one of the tax dollars its hardworking citizens paid into the system. Continuing to use those dollars to pay off inept and immoral administrators is a travesty when teachers are overburdened with huge classes and not enough materials. Pay them nothing. Send them packing. With a smile, if that makes everyone feel better about it. I didn't pay taxes so this idiot and his gal pal, or CJ and Sarah, could leave their positions with benefits. I pay taxes to support the classroom.

Pay them nothing. Send them packing. With a smile, if that makes everyone feel better about it. I didn't pay taxes so this idiot and his gal pal, or CJ and Sarah, could leave their positions with benefits.

You make a good point, nothing legally required them to pay Barlass a couple of months of the District's share of his health insurance (although that's complicated since the district is big enough to self-insure). Me, I assume it was a sweetener to get Barlass to sign away his right to sue for wrongful termination, and however infuriating that might be, if so it's probably the right thing to do.

Anger, which was one of Team Huff's driving motives, and was I assume behind their scorched earth tactics, frequently doesn't make for the best policy, and one thing we can tell for certain is that Ridder's terminations of Huff's cronies has been handled very smoothly. No lawsuits to date, whereas Team Huff generated at least 3 didn't it, with at least 2 resulting in 6 figure payouts, right? If you look at it that way, a couple of months of health insurance, which also would benefit his innocent family if he has any, is cheap at the price.

They won't hire older teachers that know anything because they think they have to have young teachers. They have not hired a teacher over the age of 38 in about 4. Years for anything other then para that's why you have paras with bachelor or master's they are older teachers they can't get a teaching job which is sad