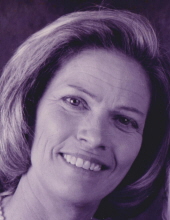 You would think that when someone only has a birthday once every four years the real birthdays would remain fixed in the memory, but it has never been that way for me.

I remember my second birthday when Mom and Dad introduced me to the Sporting News and Baseball Digest, both of which remained on my required reading list for years and other than that, none of them really stand out.

Except for my 10th birthday on February 29, 1996 and that had nothing to do with any celebration- at least not of my birthday.

I was at Joplin High School covering the class 3A Regional girls basketball game between Webb City and Republic for the Carthage Press.

The top scorer on the Webb City team that year was Kasey Doss, if memory serves me correctly and the star in waiting was guard Hailey Stanley. Hailey's backcourt partner, both of whom entered the starting lineup as freshmen and made Webb City a team to reckon with was Robyn Fokken.

With Webb City down by two points, it was Rockyn Robyn who shot a desperation shot as time expired that drew nothing but net and turned certain defeat into a one-point victory and a trip to the state tournament.

Among those taking part in the bedlam that gripped the Webb City crowd after Robyn's shot was an assistant coach I had known for two decades, Elaine Shewmake. Elaine, like the rest of the local contingent leaped from her seat when Robyn hit her game-winner.

After that, she watched and soaked in the atmosphere as the young ladies she had worked with all year celebrated their accomplishment. This was their moment and she wanted nothing more than to allow them to enjoy their celebration.

For more than two decades, Elaine was a fixture in Webb City High School girls basketball, a calming presence who always kept her dignity, but always maintained her sense of humor even in the midst of the chaos that high school can sometimes be.

That ability came as no surprise since she was following in the footsteps of her mother, who was also a coach and physical education teacher.

I first met Elaine when she was dating her future husband Buck Shewmake, a fellow East Newton High School graduate who was playing first base on our men's baseball team, the Aroma Express, which played its home games at Granby.

Elaine attended most of the games, home and away, that year and somehow was able to retain her composure even when dealing with Letts brothers, redheaded Judd brothers, Steve Ray (Elaine's future brother-in-law), me, and of course, Buck.

Dealing with characters like that had to have helped prepare Elaine for the challenges of teaching.

After Buck left the team a couple of years later and eventually the Aroma Express went the way of the Edsel, I did not see Elaine or Buck until I started covering area basketball for the Press in the early '90s.

She was always helpful, always professional, and above all, she always put the students first.

Seeing Elaine Shewmake on the sideline was a sign that all was right in the world of Webb City girls basketball.

Though she seldom allowed herself to get caught up in emotion while on the sidelines, that serene presence masked a fighting spirit that those who were close to her came to know as she successfully battled cancers twice.

Sadly, she lost the third battle this week.

Tributes have been pouring in from her former players and physical education students on Facebook after they heard of her death at age 61. Seeing her face once more, even as it graced an obituary, conjured precious memories and somehow brought smiles to accompany the tears.

The best teachers live on in the lessons they impart to their students. That should keep Elaine Shewmake with us for eternity.
Posted by Randy at 9:55 PM

What a beautiful tribute. Thank you, Randy.

Well Done, Randy. She was a Lady of the highest degree. Thanks for the tribute.