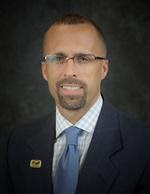 More than half of that total came from two sources- Joplin attorney Edward Hershewe, who contributed $1,500 and the Quapaw Tribe chipped in with $1,000.

The former Joplin R-8 Board of Education member spent $14,300, all of it with Storm Cloud Marketing, Joplin.

Landis had $3,731 in his account at the end of the reporting period.

After the school board debacle , he’s shown his true colors. Schmoozy and greedy.
Nope nope nope

Landis will be very very harmful to Jasper County and our region...he has signs everywhere..please vote to keep him OUT OF OUR WALLETS!

I wonder if he ever got cured of the Littlemanitus

Not just no, but hell no.

All this hating even tho he has his flag pin on?

After reading that he has the money and support of these people is enough to tell me I DO NOT WANT him anywhere near a government office of any kind.