Missouri man pleads guilty to armed takeover of Amtrak train, says he did it to "save the train from the black people" 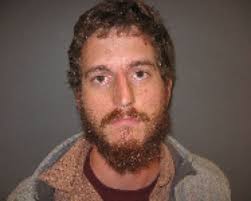 (From the U. S. Attorney for the District of Nebraska)

United States Attorney Joe Kelly announced today that Taylor Michael Wilson, 25, of St. Charles, Missouri, pleaded guilty in federal court in Lincoln, Nebraska, to one count of violence against a mass transportation system. Because there were passengers on board the train at the time of the offense, the charge carries a penalty of up to life in prison.

Wilson also pleaded guilty in the District of Nebraska to a charge from the Eastern District of Missouri for possessing an unregistered short barrel rifle in violation of federal firearms law. This charge carries a penalty of up to ten years in federal prison. The pleas were entered before Magistrate Judge Cheryl Zwart. Sentencing was scheduled for October 5, 2018, at 10:00 a.m. before the Honorable John M. Gerrard, United States District Court Judge.

According to admissions made in his plea, Wilson admitted that on October 19, 2017, he boarded an Amtrak train in California. He remained on the train until it crossed into Nebraska on October 21, 2017.

Amtrak conductors immediately made their way to the engine compartment. Several conductors, working together, were able to subdue Wilson, who declared that he was now the conductor of the train.

As he resisted them, one conductor saw him reach for his waistband, where deputies responding to the scene would later find Wilson had concealed the handgun.

Conductors were able to get Wilson off the train and hold him in custody until deputies from two counties reached the location of the train. Wilson carried calling cards of the National Socialist Movement, one of which read, “Conquer we must, for our cause is just!” Wilson stated that he was “trying to save the train from the black people.”

The FBI conducted a search of Wilson’s residence in St. Charles, Missouri. They found hidden journals and propaganda about the National Socialist Movement, as well as a copy of Mein Kampf and a pressure plate of the kind used to build an explosive device. The FBI also recovered his weapons collection, which included illegal unregistered firearms – to include a short barrel rifle and a submachine gun. Also found was a play that Wilson wrote about taking over America, and numerous derogatory writings about the American government and the American media.

This case was investigated by the Federal Bureau of Investigation.
Posted by Randy at 6:38 PM

This man appears to be mentally impaired