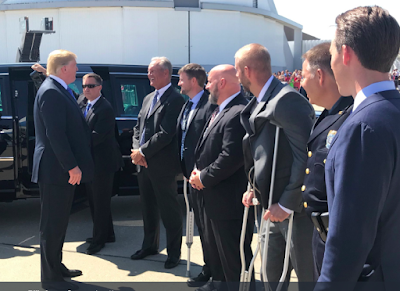 President Donald Trump gave Seventh District Congressman Billy Long a shoutout at the beginning of his speech at the VFW Convention in Kansas City moments ago.

All of this should come in handy for Long when he holds his next Seventh District town hall meetings.
Posted by Randy at 10:31 AM

Looking for some of that famous KC BBQ, Billy??

How's he gonna hold a town meeting at the Vegas buffet?