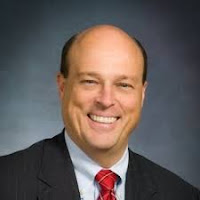 The next financial report is due July 31.
Posted by Randy at 1:48 PM

Not sure which Republican is worse, O’Brian who supports scams like Wallace-Bajali and $ 4 million dollars baseball fields, or White who says he will not listen to the voters, and plans to re-introduce right to work laws even if the citizens vote against it.

O Brian is doing this as a ploy,his backers probably said they would cover cost,but don't want us to know...

It was funny lion O'Brian started a negative ad and Bill stuck it in his butt. Not very smart with Lion O'Brian's back ground

When the candidates sink that kind of money in an election, there must be a big payout for the winner. By the way, if the Republican candidates all look like clones of each other, you can always cross over and vote for the Democrat running for that seat.

In no way, with a clear conscience, could I vote to put this person in the state senate after the BS he pulled in Joplin. A ball park in an industrial area with no adequate parking. There is a ball field at Schifferdecker Park that would have worked much better and there was plenty of room for parking. The good old Wallace-Bajjali debacle was another winner that could have easily been avoided. What kind of money changed hands in that fiasco?