VanOstran: I was disgusted by President Trump's actions at the Russia summit 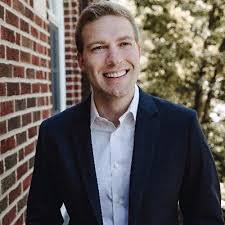 Like many Americans, I was disgusted by the President's actions at the Russia summit. That an American president would side with a Russian dictator over U.S. intelligence agencies is not only disgraceful; as Joe Biden said, it's beneath the dignity of the office of the presidency.

Today is a new day. Now more than ever, let’s get to work to vote out a Congress that won’t hold this president accountable.

Nothing less than the future of our democracy is at stake. That’s why we must elect people that regardless of party will do the hard work of following the evidence against Donald Trump and Russia’s interference in our elections, no matter where it leads.

Cort, buddy, since you used the phrase “regardless of Party “ we’ll start by leaving you in the gutter you came from!!!!

I will defer to your opinion Harvey because if there is one person who knows everything about gutters, it is you.

Anonymous 9:37
I only know about the creatures that come from gutters. Unfortunately no first hand knowledge

Yabbut I believe most gutters wouldn't have Hervey if given a choice.

He would have to drop to the gutter to be as low as your orange traitor in the outhouse Harvey.

STOP!
Cort VanOstran is among the most gifted young people ever to come from the 4-States. Please take a break from the character assassination until you know of whom you speak.

If he had a "R" by his name he would have to live up to Blobby Long's standards. Oh, never mind.