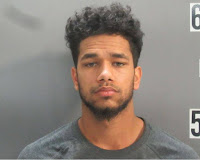 Only two adults were in the home at 405 Meadow Lake Drive the night the abuse occurred that caused the death of three-year-old Jayda Kyle.

When Devyn Kyle asked if she could call her dad, attorney Judd McPherson, Jasper County Sheriff's Office Det. Jason Hutchins asked "clarifying questions" to determine if she was invoking her right to an attorney.

When Devyn Kyle's live-in boyfriend Jalen Vaden asked, "Is Judd here," Hutchins said no and the December 6 interrogation that led to his arrest on charges of second degree murder and felony child abuse continued without delay.


During an approximately 45-minute hearing this morning in Jasper County Division 3 Court, Vaden's lawyer Tracey Martin presented evidence that McPherson acted on Vaden's behalf with the Jasper County Children's Division to allow him to be able to be with Jayda while she was being treated at Children's Mercy Hospital in Kansas City prior to her death on December 2. 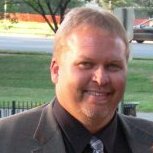 Hutchins acknowledged during his cross-examination by Martin that he was aware McPherson had been dealing with the Children's Division.

Jasper County Prosecuting Attorney Theresa Kenney argued that the only thing that mattered was that Vaden had acknowledged his Miranda rights after they were read to him and had never invoked his right to an attorney.

Having the Jasper County prosecuting attorney handling the hearing was a sign not only of the high profile nature of the case, but also of a different approach by the office.

During the time when Kenney's predecessor was in the office, it seemed that Jasper County had more Sasquatch sightings than credible reports of Dean Dankelson standing before a judge.

Hutchins was Kenney's only witness. During the examination, Hutchins said Vaden never indicated McPherson was his attorney at any time during the approximately 90-minute interview.

As Martin questioned him, Hutchins said he treated Vaden's mention of McPherson differently from Devyn Kyle's because "It was a different circumstance with a different party."


Hutchins said Valen was not in custody when he was questioned and could have left at any time, but acknowledged under Martin's questioning that he had been brought to his questioning by the sheriff's office and handed over his cell phone before the interview began.

Judge David Mouton was provided with a DVD of Vaden's questioning, which Kenney noted would show that at no time did Vaden ask for an attorney.

Martin argued that it did not matter what Vaden said after the point about five minutes into the recording when he asked, "Is Judd here??


McPherson, who had been subpoenaed, was not called as a witness.

Mouton said he would take the motion under advisement.

The next hearing in the case is scheduled for Monday, April 16.
Posted by Randy at 9:36 AM

"During the time when Kenney's predecessor was in the office, it seemed that Jasper County had more Sasquatch sightings than credible reports of Dean Dankelson standing before a judge."

Judd if you are reading this, step up and do the right thing to help this young man's situation. You talked to him and you know he asked for you because he knew you are an attorney and you could help him.

This is a very tragic situation, don't make it even worse.

As Christian's we must show compassion to everyone, just as the Lord has shown us grace and forgiveness.

I am sorry for the death of your grand-daughter, so very sad. I would hate for this young man's life to be completely wasted.

I continue to pray for justice.

Lets make this a speedy trial and lock him away for good..he will more than likely plead out to keep from getting fried

Why all of a sudden has everyone dropped Justic for Jada. It is just like nothing ever happened to this sweet child. Did the Grandfather scare everyone off.

Such a frustrating case. It's quite disturbing that Devyn finds interest and entertainment in keeping up with the comments and posts. I'm sure she'll be disappointed when there's nothing left to discuss and she's lost all the attention she craves.

Sadly, this baby killer will probably get off ��.. if he actually considered Judd as his attorney, when he was told Judd wasn't there yet, why didn't he say he'd wait to answer the questions until he arrives?? Our courts aren't about justice.. it's all about who you know and how you can grease the wheels..

Yikes is putting it mildly!! Step up and help?? AKA Use your position to influence the court so this killer of a defenseless child can re-enter society.. Sounds real "Christian"

Nice to see that Mack Kyle is doing everything in his power to do right by his son!

Randy, could you please find a different photo of Judd?!

thrown under the bus, he has never been in trouble so he did not know what to do, it was wrong of them to question him without an attorney and Judd knew that, shame on all of them

What does this have to do with mack? He's precious baby is heaven because of someone else. What he did in his past has nothing to do with this.

Your pathetic. Im sure this is one of the Mcphersons.

They claim to be Christians but are lying and deceiving and are letting this young man assume all the blame for this. Yes they need to step up and do the right thing.
They know the truth of what happened in that home and at the police station.
Shame on them for lying about all of it.

Nothing like a good ole boy network! Hopefully it'll all come out in the wash.

If you would have checked your facts before you posted, you would have noticed that YES this incident did in fact occur before Jayda's death. It is simply a refiling of a previous charge by the prosecuting attorney; and it achieved the desired results....people like you jumped to conclusions and automatically assumed it happened on 4/2/18 and used it as an opportunity to disparage Mack Kyle. You took the bait....just what Theresa Kenney and Judd McPherson wanted you to do!

Judd is playing the system!

This is spot on!! If Judd thought Jalen did this or was a danger to Jayda (Judd knew that night what caused her injuries and that she wasn’t going to survive this) why did he go out of his way to tell staff that Jalen was “the father” and then proceeded to get a court order for him to be allowed access to her? Another thing i don’t get is if they knew what her injuries were and it was NOT an accident WHY would you continue to have Jalen included the family circle the whole time? I can tell you me, personally, would have thrown him out of that hospital so fast he wouldn’t know which way was up!

That is the truth!

The fact that this child was senselessly murdered has zip to do with Mack. He wasn't in that home that night! Fact! So his record means squat in relation to this case.

That's disgusting! If they refiled an old charge to tip a reaction from the public. That's sick...

Right on! He is a good person who had nothing to do with the child's death. Well, except his children were in the custody of a child abusing mother and her current child abusing tag along, rather than being with him. But I am sure that is because the all powerful white lawyer daddy tipped the scales of justice. The custody of the kids probably had nothing to do with their father having an arrest record. Justice for Mack!

If the charges were refiled, then why would they show up on JPD arrest reports? Refiling of charges goes through the prosecutor's office.

Dankelson never did anything other than cash a check written by Jasper County residents.

How they all sleep at night is what gets me God help you all this young man maybe in Jail but knowing he can sleep knowing he didnt do it is what she will never be able to do. It will haunt her for the rest of her life. All the pictures cant make the truth disappear.

How they all sleep at night is what gets me God help you all this young man maybe in Jail but knowing he can sleep knowing he didnt do it is what she will never be able to do. It will haunt her for the rest of her life. All the pictures cant make the truth disappear.

Murder and rage compared to stealing!!!!!!..you need help real help to even compare the 2.

Prayers for everyone that lost this beautiful, gorgeous baby girl! Everything that I have read and seen of this beautiful child brings me joy to my heart, and I know that joy has been taken from her family every day of their life. I can't imagine that pain. Judd McPherson, his wife, his other children, were not there and they have lost something more dear to their hearts than any money can buy so cruel words spoken to them during this time is the last thing they deserve or need and will not prove whether Jalen is innocent or guilty. Watch his interview with police, it's on You Tube, watch Devyn's, she was blindsided with what happened to her daughter. I am sure there are no perfect parents on here but there are a lot of folks judging. My prayer is that God reaches your souls and teaches you grace and that you can leave this grieving family alone, and that whatever the truth is, Jayda be remembered as the sweet precious beautiful and smart little girl that she was and not remembered as the little girl that was murdered and the boyfriend was framed because in that interview, no one held a gun to his head and made him confess murder. Justice for Jayda Kyle
Keep it classy people.

Judd is not going to step up because then it will tank his daughter knowing more than what has been said. Does this child deserve justice, absolutely but the real truth will never come out.