Joplin woman charged with DWI, leaving scene of an accident, child endangerment after crash on I-44 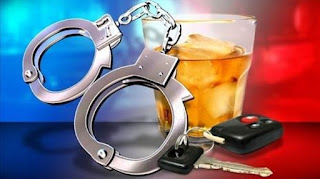 A Joplin woman whose blood alcohol content measured more than twice the legal limit was charged with driving while intoxicated, leaving the scene of an accident and two counts of endangering the welfare of a child after a collision on I-44 east of County Road 190 9 p.m. March 26.

In the probable cause statement, the driver of the other vehicle, Mark Lee, described what happened. "I was in the right lane and she was in the left lane and she just came over and hit me. Then she just took off like a rocket and didn't stop."

Lee followed the Roy vehicle, which did eventually have to stop due to a flat right front tire.

Roy, who had two children in her vehicle, had a different version of what happened.

"I was in this lane and they were in that lane and 'boom" they hit me."

Asked why she did not stop, Roy claimed she did, but she had to drive down the road to "find a place to pull over."

The probable cause statement indicates Roy had a strong odor of intoxicants, her eyes were bloodshot and watery and she almost fell down when she walked by her vehicle.

When the arresting officer asked her how much she had to drink, Roy responded, "What do you mean? I'm fine."

He repeated the question and she again answered, "I'm fine."

Roy failed field sobriety tests and had a blood alcohol content of .195, according to the probable cause statement.

Wow
What a piece