Musser: You're stuck with me for another three years- Fort returns to Joplin R-8 Board, Koch falls short 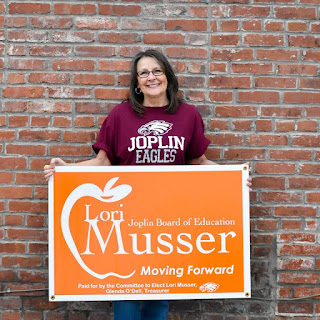 Joplin R-8 voters elected two former district principals to three-year terms on the Board of Education today, with the man who has served as board president for the past three years falling short.

Final results show Lori Musser winning her second consecutive term with 2,153 votes, followed by Debbie Fort, returning to the board after a one-year absence, with 1,921 votes and Jeff Koch with 1,853.

Musser posted the following message on her campaign Facebook page:

Thank you Joplin voters for your votes and support! Looks like you are stuck with me for another three years. I will always put our children first. 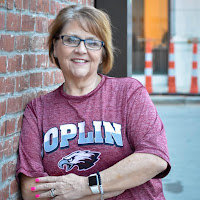 Thank you for your vote of confidence in me today! I promise each vote I make will be in the best interest of our students, teachers, staff, and community. Thank you, Joplin!

Koch was elected on his second try in 2015 after finishing fourth in a field of seven vying for three spots in 2014.

He became the first board member to serve three consecutive years.

more of the same... trainwrecks

Congratulations. .now to move ahead!

Former administrators on a school board....never a good thing.

Crazy Debbie Fort on a school board; even worse.

442...Fort,just one person,stood up to the Huff and puff gang that defrauded Joplin.If that is crazy then you are delusional . Your snide shot belies reality.