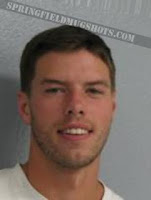 A federal judge sentenced Jarub Baird, 27, Carthage, to just short of 12 years in prison during a 34-minute hearing today in Kansas City for his role in a meth conspiracy and money laundering.

After Baird serves the 142-month sentence, he will be placed on supervised probation for five years.

This organization also obtained methamphetamine elsewhere and got it delivered to the Springfield, Missouri, area for later distribution, along with sending drug proceeds out of the area for payment of methamphetamine ordered or delivered.

Lake, Sands, and Aaron Randall Stull, coordinated shipments of methamphetamine by United States Postal Service parcels to the Springfield, Missouri, residence of Michelle Vanne Gray where it was stored then retrieved for later distribution.

On 08/28/2015, Kenny Lake and Kara Baze are arrested during a search warrant at a hotel room in Springfield, Missouri. Officers recovered $102,787 in United States currency, a loaded handgun and a small amount of methamphetamine.

Michael Nevatt and BAIRD arrived in a black Corvette and after a brief chase were apprehended. In 2016, multiple witnesses gave statements to investigators in this case about BAIRD’s involvement.

The defendant further acknowledges the substances with which defendant was involved were in fact methamphetamine, a Schedule II controlled substance.

Finally, defendant acknowledges that at least some acts committed in furtherance of this distribution conspiracy were committed within the Western District of Missouri, during the dates alleged in the indictment.

Defendant additionally acknowledges that during the dates charged in the superseding indictment, and at least partially within the Western District of Missouri, the defendant used or knew at least some of the proceeds obtained from defendant’s methamphetamine distribution, and the distribution of others in the conspiracy, were used to pay living expenses, buy assets, and to purchase additional methamphetamine for distribution.

Defendant also acknowledges that he and other co-conspirators used cash during the conspiracy to conceal the nature of their illegal activities.