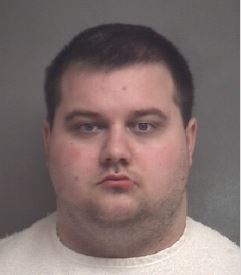 The lawyer representing accused road rage killer Christopher David Montz, 24, Neosho, says his $50,000 cash-only bond is "excessive and unreasonable" and is asking for a reduction.

In a motion filed Friday in Jasper County Circuit Court, Springfield attorney Kristin Suzanne Jones pointed out that Montz is "a lifelong resident of the Joplin and Neosho area, is employed and has no prior felony convictions and only one minor misdemeanor conviction.

Jones asked that her motion be taken up as soon as possible, which will likely be his next court appearance 9 a.m. Wednesday.

The probable cause statement filed when the charge was still assault detailed the confrontation between Chris Montz, 24, Neosho and Reynolds at Highway 249 near the intersection with I-44.