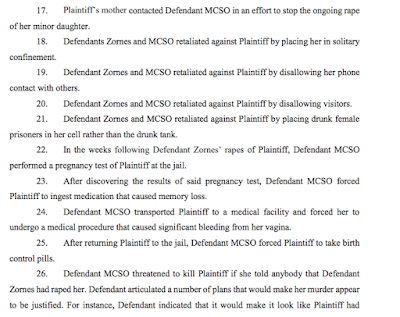 A rape allegedly committed in a property room at the McDonald County jail a quarter of a century ago is the focal point of a lawsuit moved to U. S. District Court for the Western District of Missouri today.

In the lawsuit, convicted murderer Sheena Eastburn, who was sentenced to life in prison in 1995 for the murder of her husband and was paroled in November 2017 after spending 25 years behind bars, claims jailer Terrie Zornes raped her and then the crime was covered up by Zornes' fellow workers at the Sheriff's Office.

In 2011, Zornes was charged with raping a teenager prisoner in 1994, but the charge was dropped when he pleaded guilty to sexual misconduct with a 14-year-old girl. 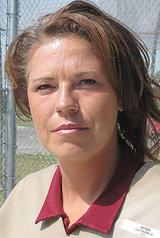 The petition says Zornes forced Eastburn, who was 17 at the time, to go into the property room, raped her, then destroyed evidence by tampering with the surveillance tapes.

Zornes raped Eastburn between December 1993 and February 1994, according to the lawsuit.

Eastburn told her mother about the attack, according to the petition, but when her mother took the information to Zornes' superiors, Eastburn's nightmare grew even worse.

The lawsuit alleges the following:

-Eastburn was placed in solitary confinement and not allowed to make calls or have visitors.

-At other times, drunk prisoners were placed in her cell instead of in the drunk tank. 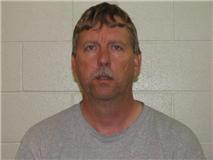 -A pregnancy test was performed on her, then she was taken to a medical facility and forced to undergo a procedure that caused "significant bleeding from her vagina."

-After that, she was forced to take birth control pills.

-Death threats were leveled against her if she told anyone that Zornes had raped her. Sheriff's Office employees told her a number of ways that could make it look like her death was "justified," including making it appear that she committed suicide by hanging herself in her cell.

Eventually, according to the lawsuit, Eastburn agreed not to say anything.

The six-count lawsuit accuses the Sheriff's Office and Zornes of violation of due process, the sheriff's office of negligent supervision and training and Zornes is the sole defendant on counts of assault, battery, intentional infliction of emotional distress and negligence.

Eastburn, who is represented by Pineville attorney Abe Paul, is asking for a jury trial.
Posted by Randy at 5:01 PM

Some of this is possibly believable. I do have questions about the medical procedure. Regardless of being a prisoner, the doctor would have to examine the patient and find a medical reason to perform a procedure. The police can't just go order a procedure and the doctor say OK, whatever you want Mr. police officer. The patient would also need to sign consent. Even if the cops were bad, I don't believe the Dr. would participate in something illegal or immoral.

Lock him up and let him get raped repeatedly for years and see if he likes it.

All these people who immediately jump to money grab. I can't freaking believe it. I hope this never happens to someone they love, who chooses later to come forward after threats. It's not wonder most rapes go unreported when this is what people say when victims come forward.