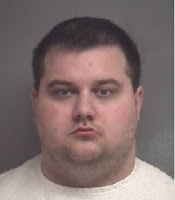 More details on the road rage incident that led to the death of David Reynolds, 27, Carthage, are included in a probable cause statement filed this morning.

Reynolds died Sunday at a Joplin hospital and the man accused of killing him, Christopher David Montz, 24, Neosho, is being held on a $50,000 cash-only bond.


On June 9, 2018, Christopher Montz committed the crime of assault in the first degree and armed criminal action on Missouri Highway 249 neaer the intersection of Interstate 44, Joplin, Jasper County Missouri.

During this incident, Montz and David Reynolds were involved in a road rage incident while traveling northbound on Missouri Highway 249 beginning at the intersection of State Route V.

Montz and Reynolds pulled to the shoulder of Missouri Highway 249 on the south side of the intersection of Interstate 44.


While arguing between their two vehicles, Reynolds struck Montz on the left side of his face twice with a closed fist. Montz and Reynolds disengaged, Montz then drew a Taurus .380 pistol from his right pocket and discharged one round striking Reynolds in the head. Reynolds was then transported to a local hospital with a life-threatening injury.

The Joplin Police Department is investigating the case as a homicide and charges are expected to be upgraded.
Posted by Randy at 10:49 AM

Sounds like the "Stand Your Ground" lawyers will have a fun time with this one.

How do you know Reynolds struck him he's dead!

There were witnesses... Who dresses you in the mornings?

Don't see any actual listed sources for this new information and noone else is reporting this, so I doubt it's authenticity.

Reynolds got shot a couple years ago over on 12th and St Louis..it was coming

"Stand Your Ground" simply means no "Duty to Retreat" from a place you have a right to be, as judged in 20/20 hindsight in the calm of a courtroom. We also have every expectation that our higher level Missouri Plan selected judges will nullify it as they have our "strong" Castle Doctrine, do not depend on the what laws as passed by the legislature say.

If the deceased had his gun they could have had a shootout to settle things.

There's other ways he could have defended himself "if" he really did get punched other than shooting the guy in the head.

Agree. I do not see any marks on the guys face in the mug shot

I bealive u mean coward not COWARD'S right

David was a great man he was a hot head yes and he had babies with him I don't think he would of fought with kids in a car he loved them he probley just wanted to give him a piece of his mind and the man who shot him Montz had pedifile charges already from past David had little girls and had been at the creek who is to say it wasnt somrthuhs more to this. And David was STRONG THE FAT BOY WOULD OF BEEN KNOCKED OUT and definitely would of had bruises ... But it's true David is gone

He is gone it's real