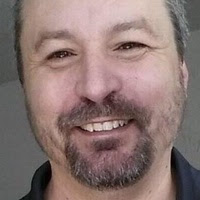 Coverage of three violent events on area roadways dominates the most visited posts this week on the Turner Report/Inside Joplin blogs.

The road rage shooting of a Carthage man on 249 landed the top five positions and six of the top seven on the Turner Report this week, as well as number three on Inside Joplin, with the obituary for David Reynolds finishing as the second most visited post on Inside Joplin Obituaries.

Another violent event was a double-fatality, drunk driving accident on U. S. 60 near Granby. The probable cause statement was the number six post on the Turner Report, while the obituaries for Robin Henson and Brian Utter (pictured) were the third and fourth most visited post on Inside Joplin Obituaries. 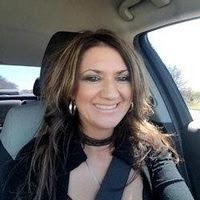 The second most visited post on any of the Turner Report-Inside Joplin blogs (finishing only behind the probable cause statement in the road rage shooting) came as a result of the third violent incident, one which thankfully did not result in death or injury- a drive-by shooting in Joplin and the ensuing police pursuit, which topped the Inside Joplin statistics.

Thanks to those of you who have been taking subscriptions and sending contributions to help the Turner Report/Inside Joplin to continue to provide an alternate news source for the Joplin area.

If you haven't subscribed or recently contributed, you can do so at the PayPal buttons at the bottom of this post, or you can send your subscription or contribution to Randy Turner, 2306 E. 8th, Apt. G. Thanks for your continued support. It is much appreciated.

The top posts for the Turner Report, Inside Joplin, and Inside Joplin Obituaries are printed below, as well as links to the posts.

1. Probable cause in road rage shooting: Reynolds punched Montz twice in the face; Montz pulled a gun and shot him in the head

4. Charge in road rage shooting upgraded to murder in the first degree

6. Witness says Nixa teen charged with DWI in double-fatality accident near Granby asked her if he could throw away his drugs

4. Jasper man who was free on bond on statutory sodomy charge arrested again after sitting naked in yard waving at passersby

***
Help the Turner Report/Inside Joplin continue to provide a much-needed alternative news source for the Joplin area. If you feel this independent news operation benefits you and this area, please consider taking a subscription or making a contribution of any amount by using the PayPal buttons below or by mailing a contribution to Randy Turner, 2306 E. 8th, Apt. G, Joplin, MO 64801