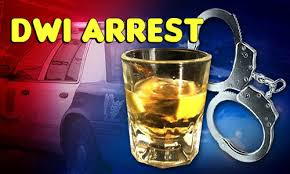 A 1:15 p.m. Monday arraignment has been scheduled for William Creller, 53, Neosho, charged with felony driving while intoxicated as a prior offender.

The Joplin Police stopped Creller at 25th and Main June 9.

In the probable cause statement, Corporal K. Jones wrote that he stopped Creller after "I observed (him) commit multiple traffic violations indicative of an intoxicated driver. Upon contact with the driver, William Creller, I observed that he had bloodshot, watery eyes. I asked him to exit the vehicle and could smell the overwhelming odor of intoxicants coming from his breath. He was very uneasy on his feet and was staggering."

Creller consented to a breath test, which showed his blood alcohol content at 0.219, according to the statement.

Creller was also cited for driving while revoked.
Posted by Randy at 7:19 PM