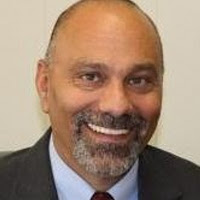 The paperwork was completed today and Jim Cummins officially signed a contract to become the next superintendent of the Neosho R-5 School District, replacing Dan Decker, who is on paid administrative leave through the end of this month.

Cummins' three-year deal, which will take him through the 2020-2021 school year, calls for him to receive $175,000 the first year, then in each of the following years he will receive an increase of not below one percent and not more than three percent.

Under the terms of the contract, Cummins is not allowed to "engage in any pursuit that interferes" with his duties, but it allows him to do the following if they do not fall into that category:

-Teaching a college or university course

Cummins will receive the same board-paid insurance as other district employees and will have 15 vacation days per year, as well as the same amount of sick leave days as other staff members.

Each year, Cummins can ask the board to extend his contract by an additional year.

Cummins was formerly an assistant superintendent in the Neosho district and has been at Seneca for the past four years.

Finances are the speciality of Cummins, who was vice president of finance at Crowder College before taking the Seneca position.

JFC...No superintendent is worth that much.

OMFG. $175000!?!?!? I thought this nonsense was going to stop but instead the good ol boy system appears to be alive and well. Fist they don't advertise the position to see if they can attract a top candidate, then they give and outlandish salary to the guy who threw a childish fit in the middle of the year several years ago and quit? What?

The rule of thumb used to be you pay your superintendent no more than twice the salary of your highest paid teacher.

This guy, and his area cohorts, are seriously way, way, way overpaid.

Seems a bit excessive. Doesn't bode well for the surrounding districts' admin costs, does it? This the right way to spend taxpayer money? (Note: Don't know the guy and am not a resident of the District; it's an outsider's opinion.)