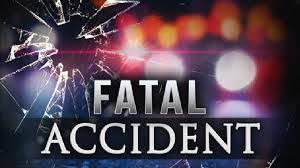 A Nixa teen charged with felony driving while intoxicated in connection with a double fatality accident Saturday on U. S. 60 near Granby asked a witness if he could throw away his drugs, according to the probable cause statement filed today in Newton County Circuit Court.

It is not hard to understand why Victor Arias Alanis, 19, would want to dispose of evidence. Just four days earlier, the Christian County Prosecuting Attorney's office had charged Alanis with possession of marijuana, stemming from an April Highway Patrol traffic stop. Alanis' arraignment in that case is scheduled for Wednesday.


From the probable cause statement:

I was contacted by emergency personnel as I arrived at the scene I was handed Missouri Driver's Licenses for both occupants of the motorcycle. I was also informed that deputy Brandon Lammers had the driver of the Nissan in custody. I contacted Deputy Lammers and he handed me a cell phone and a U. S. passport for Victor Arias Alanis. He informed me that when he arrived on the scene a witness to the crash informed him that the driver of the Nissan, Victoria Arias Alanis indicated he had drugs in his possession. Deputy Lammers placed the subject in custody due to this information.


I began the crash investigation by photographing each vehicle and the scene. I then contacted Christina Borstad of Granby, Missouri. Borstad had witnessed the crash. She indicated she was following the motorcycle when the Nissan attempted to make a left turn. She stated the car just turned in front of the motorcycle. She indicated she called 911 immediately and gave information about the crash to the dispatchers.

She indicated that the male subject driving the Nissan asked her if he could throw some drugs away. He informed her that he was not high, but did not want to get caught with the drugs. She informed the subject that he needed to sit down and wait for help to arrive. She provided a written statement detailing her conversation with the subject.

In addition to felony DWI, Alanis was arrested for failure to yield, driving while revoked, no insurance, possession of marijuana and possession of drug paraphernalia.
Posted by Randy at 12:01 PM